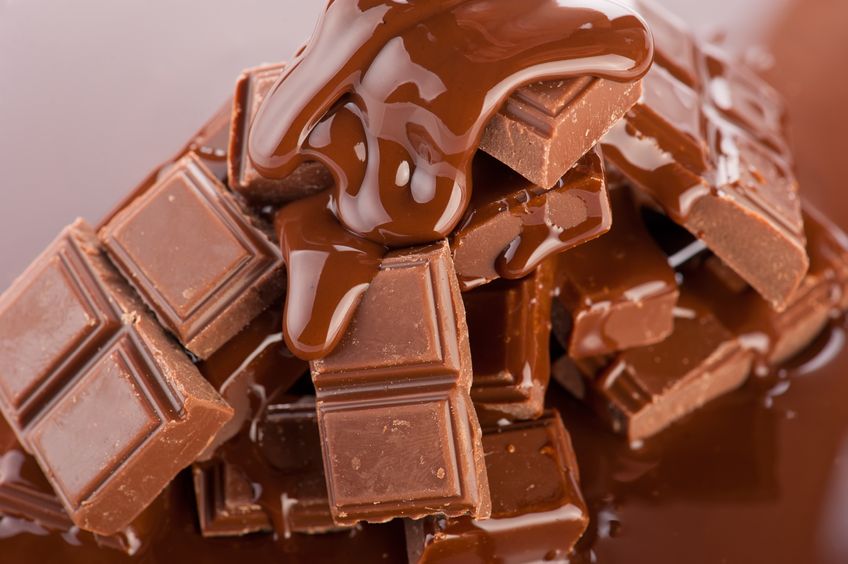 Most people raid their candy drawer after they’re already thoroughly stressed, but doing this might mean you’re missing out on one of chocolate’s best rewards: stress relief.

The key, it seems, may be to eat dark chocolate about two hours prior to a stressful event, according to intriguing new research. The study subjected 65 men to a mock job interview and a mental arithmetic task (in front of an audience, no less!), so their markers of stress understandably increased significantly.

However, those who had eaten 50 grams of dark chocolate (that’s just under two ounces) two hours before the stress test had blunted responses for the stress hormones cortisol and epinephrine. According to the researchers:

“Our findings indicate that acute flavonoid-rich dark chocolate intake buffers endocrine stress reactivity on the level of the adrenal gland, suggesting a peripheral stress-protective effect of dark chocolate consumption … inhibitory peripheral effects of dietary flavonoids on the biosynthesis and secretion of cortisol and catecholamines seem plausible.”

Past research has similarly shown that eating 40 grams of dark chocolate a day for two weeks is all it takes to lead to reductions in the stress hormones cortisol and catecholamines, and cocoa flavanols have been linked to a calmer, more content mood (without impacting your cognitive performance).

In case you need even more reason to eat dark chocolate, when it’s digested it breaks down into beneficial anti-inflammatory compounds in your gut and may (in the form of cocoa extract) offer protection against insulin resistance, high blood sugar and even weight gain. Dark chocolate has also been linked to improved heart health, pain relief and improved cognitive abilities.

So if you enjoy dark chocolate, having a small piece or two a day may offer you a proven health advantage. You can also try unsweetened cocoa powder or cocoa nibs (bits of the cacao bean) if you want the health benefits of chocolate without any added sugar.

Journal of the American College of Cardiology