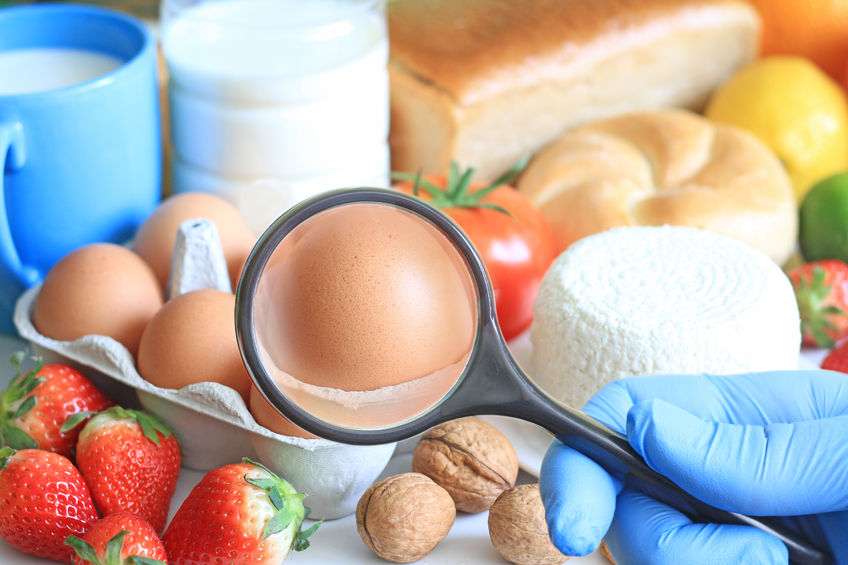 Up to 4 percent of adults and 8 percent of children under the age of 5 suffer from food allergies1, which can range in severity from mildly annoying to life threatening. They occur when your immune system mistakenly believes a food, such as peanuts, or a food component, such as lactose or gluten, is dangerous, and produces specific immunoglobulin E (IgE) antibodies to neutralize that substance.

As part of the neutralization process, your body will release histamine as well as other chemicals into your bloodstream anytime you eat the offending food, and it’s these chemicals that cause the entire range of allergic symptoms, from a runny nose and rashes to anaphylactic shock.

Reactions to foods can be tricky, however, because it’s possible to experience uncomfortable symptoms — including symptoms you may not associate with the food you eat — even when a true food allergy is not present.

Food Allergy vs. Food Sensitivity: What’s the Difference?
A food allergy is an immune reaction to a specific food. It will occur each and every time you eat that food, even if only a tiny trace passes by your lips. With a food sensitivity, or intolerance, your immune system is not involved. Rather, typically the food will irritate your digestive system because you are unable to properly digest or break down the food.

Unlike with a true food allergy, if you have a food sensitivity you may be able to tolerate small amounts of a food without symptoms, but experience a reaction if larger quantities are consumed.

Food intolerance is incredibly common, impacting a far greater percentage of the population than true food allergies do. While a skin prick test or a blood test designed to detect IgE antibodies can determine if you have a food allergy, linking your symptoms with a specific food in the case of a sensitivity can require some detective work on your part.

Signs and Symptoms of a Food Allergy or Sensitivity
Many of the symptoms of food allergy and sensitivity overlap, including:

However, a food allergy may also produce rash or hives, itchy skin, wheezing, nasal congestion, swelling of face or throat, dizziness, shortness of breath and trouble breathing, and only true food allergies can produce life-threatening anaphylaxis. With a food intolerance, you’re more likely to experience more digestive-type trouble such as gas, cramps, bloating, vomiting and heartburn, as well as headache and even emotional changes, such as irritability or nervousness.2

Food sensitivities may also trigger chronic inflammation and changes to your immune system that can cause not only digestive upset but also possibly weight gain, asthma, joint pain, fatigue and even rheumatoid arthritis.

Food sensitivity has also been implicated as a potential cause of leaky gut syndrome, a condition in which damage to the intestinal lining allows bacteria, toxins, undigested food particles and more to “leak” into your bloodstream. This triggers an autoimmune reaction that can lead to bloating, gas, fatigue, joint pain, rashes and even more food sensitivities.3

What Are Common Food Allergens and Intolerances?
The vast majority (90 percent) of all food allergies are caused by just eight foods:4

Food intolerances tend to be much more broad, but commonly include lactose, gluten (a protein found in wheat and certain other grains), preservatives and food additives. You can even be sensitive to incredibly common substances like sugar and caffeine.

People with lactose intolerance have a deficiency in lactase, an enzyme that breaks down lactose, or milk sugar, resulting in bloating, stomach pain and often diarrhea when dairy products are eaten. With gluten intolerance, the consumption of gluten in wheat, barley or rye leads to an autoimmune reaction that attacks the lining of the small intestine, resulting in diarrhea, nausea, abdominal pain and, over time, improper nutrient absorption, anemia, osteoporosis and more.

In other cases, the causes of food intolerances are largely unknown and reactions to foods may even fluctuate depending on your levels of physical and emotional stress.

How to Uncover a Food Allergy or Sensitivity
Traditional allergy tests such as the IgE RAST blood test or skin prick test can uncover a true food allergy. However, if you’re suffering from unexplained symptoms that you think may be related to a food allergy or sensitivity, an elimination diet may be in order.

The first step is to narrow down the foods you think may be causing a reaction. Keeping a precise journal of the foods you eat, along with any symptoms that appear soon after, can help you narrow this down.

Interestingly, often the foods you are sensitive to are those you tend to crave the most. It’s not entirely clear why this is, but one theory suggests you can become addicted to histamine or other chemicals that are released by your body’s allergic response to a food, causing you to crave more of it.5

Another theory suggests that when only a small amount of antigen is present in your body it leads to the creation of large complexes of antibodies that increase symptoms. Food cravings could therefore be your body’s way of introducing more antigens into your body to reduce the formation of large antibody complexes, as well as lessen symptoms (in the short-term at least, as ultimately giving in to the food craving will lead to continued symptoms).6

Once you’ve determined which foods may be problematic, eliminate them from your diet and take note of your symptoms. Some people initially feel a worsening of symptoms when removing a sensitive food from their diet, but generally within a week or two your symptoms should improve.

Keep in mind that processed foods often contain hidden derivatives from sensitive foods under names you may not recognize, so you may need to avoid processed foods entirely until you determine which foods (or food additives) are problematic for you.

After two or three weeks, you can then slowly re-introduce the problematic foods, one at a time, into your diet while keeping a journal of symptoms. Foods that trigger a return of your symptoms are those you should avoid.

In some cases, by avoiding a food for long enough — a few months to a year or two — the antibodies can actually disappear and you’ll be able to go back to eating the food without problems.7 This is true only with food sensitivities, however. In the case of a true food allergy, the food will need to be avoided for life to avoid a potentially life-threatening reaction.