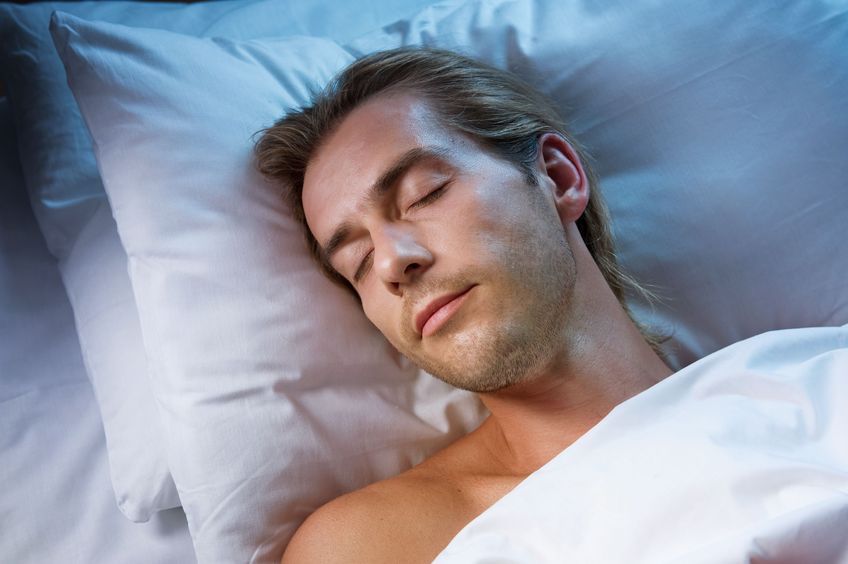 For an activity that takes up roughly one-third of your life, there are still many mysteries surrounding sleep. Scientists still don’t know exactly why we do it or what occurs when we do, but it’s abundantly clear that sleep is crucial for your survival. In fact, virtually all animals require sleep, and if you don’t get enough, your health and your state of mind can suffer.

What Happens When You Don’t Get Enough Sleep?

The United States is, unfortunately, not a nation of deep sleepers. Blame it on the economy (one-third of Americans say they lose sleep over economic and financial concerns), hectic schedules, or simply staying up too late, about 20 percent of Americans sleep less than six hours a night and another 20 percent report sleep problems. 1

As you might suspect, those who don’t get enough shut-eye say they are too tired to work efficiently, exercise or eat healthy. More than half of adults also say they have driven drowsy in the past year, which could be deadly.

Lack of sleep also impacts your body directly, and research shows it can influence:

When lack of sleep progresses to insomnia, which is estimated to impact up to 15 percent of adults on a chronic level, research shows it can be deadly; men with insomnia have a four-fold higher risk of death compared with normal sleepers, and that rises to a seven-fold increase among those with diabetes or high blood pressure.2

4 Top Secrets to Getting Enough Sleep

By now you’ve probably heard the drill that establishing a relaxing bedtime routine, such as winding down with a cup of chamomile tea and a warm bath, as well as going to bed and waking at the same times each day, are conducive to restful slumber. This is true, and well worth noting, but what if this just isn’t enough?

Chances are there may be other steps you can take to encourage your body to fall asleep, steps that you may be inadvertently overlooking…

1. Plan for the Change in Seasons

Just when you got used to the sun staying out until well into the evening, daylight savings time hits and boom — it’s dark at 4 in the afternoon. This change may leave you feeling sleepy well before it’s time to go to bed, and this is actually a natural response. Your body picks up on levels of light and darkness and sends signals to your brain’s pineal gland to trigger the production of hormones involved in your sleep-wake cycle. When it gets dark, your body produces the hormone melatonin, which tells your body it’s time to go to sleep.

The trouble is, most of us are far too busy to hit the hay in the early evening hours, and as a result fight the urge to sleep. That, and the fact that we are exposed to artificial light, which suppresses melatonin production, can send confusing signals to your body, making it difficult to fall asleep when the time comes.

What can you do about all of this?

When fall and winter come, you may want to naturally shift your schedule to more closely mimic the natural light/dark cycles outdoors. If possible, go to sleep a little earlier and wake earlier, closer to when the sun naturally rises and sets. You can also help your melatonin production to stay on track by keeping your exposure to artificial light after nightfall to a minimum. At the very least, be sure you are winding down well before you plan to fall asleep, and this includes turning off your TV, computer, and smartphone … see below for more details.

2. Turn off the Technology

Watching TV or working on your computer in the evening hours are detrimental to sleep not only because they lull you into staying up later than you should and stimulate your mind (it’s not easy to fall asleep after an hour of upsetting world news or work deadlines), but also because of the light they emit — blue light.

Blue light interferes with the production of melatonin and exposure in the hour or two before bedtime will probably interfere with your sleep. Said Charles Czeisler, PhD, MD, Harvard Medical School and Brigham and Women’s Hospital, in a National Sleep Foundation (NSF) press release:3

“Artificial light exposure between dusk and the time we go to bed at night suppresses release of the sleep-promoting hormone melatonin, enhances alertness and shifts circadian rhythms to a later hour—making it more difficult to fall asleep.”

NSF’s 2011 Sleep in America poll was focused on this very topic, and it found that technology use among Americans is pervasive before bedtime. In all, 95 percent of those polled said they used some type of electronics, such as a television, computer, video game or cell phone, at least a few nights a week within the hour before bed. Czeisler continued:

“This study reveals that light-emitting screens are in heavy use within the pivotal hour before sleep. Invasion of such alerting technologies into the bedroom may contribute to the high proportion of respondents [more than 60%] who reported that they routinely get less sleep than they need.”

So if you have trouble sleeping, try an experiment: shut off your TV, computer and all other electronics a couple of hours before bed. Pick up a good book or a journal instead, and see if you’re able to sleep better.

3. Use Nutrition and Supplements to Your Advantage

What you eat and drink clearly can have an impact on your sleep quality. Here’s what you need to know:

It may sound surprising that physical activity can help you sleep, but it does just that. After a group of previously sedentary adults began exercising four times a week, one study found sleep quality improved so much that previously “poor” sleepers became “good” sleepers. They also reported less sleepiness and more vitality during the day.6

Other research has shown that physical activity during the day shortens the time it takes to fall asleep in children, with every hour of sedentary daytime activity linked to an additional three minutes to fall asleep at night. This may not sound like a huge impact, but those who fell asleep faster also stayed asleep longer, for an extra hour for each 10-minute reduction in how long it took to fall asleep.7

Taken together, the sleep tips above should help you to get the rest your mind and body need to thrive. If not, don’t hesitate to discuss your sleep troubles with your health care practitioner, who may be able to recommend even more lifestyle changes to help improve your sleep quality and duration.