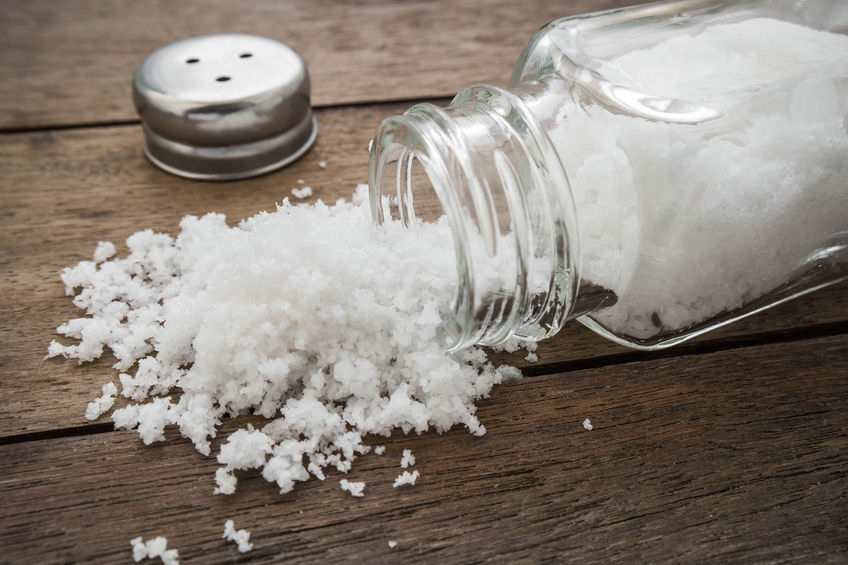 Except for sugar and fat, few foodstuffs have been demonized more than humble table salt. For decades now, Americans have been urged to cut back on their sodium intake in order to lower their risk of high blood pressure, heart disease and stroke.

Salt has come back on the chopping block since then, and new guidelines proposed in 2010 would lower federal guidelines to 1,500 mg of salt for all Americans.

This is a tall order, especially considering nine out of 10 Americans already exceed recommended levels, with most getting close to 3,500 mg of sodium a day — more than twice the 2010 proposed recommended limit.

By now, many health-conscious Americans have dutifully set down the salt shaker, opting instead for healthier spices to flavor their meals and passing on salty standbys like pretzels, peanuts, French fries and potato chips.

But even these good intentions may have little impact on your true sodium intake, because the vast majority of salt in our diets comes not from the salt shaker but from processed foods — including processed foods you might not think would be overly salty.

Eat one McDonald’s Quarter Ponder with Cheese and you’ve just consumed 1,190 mg of sodium, nearly a day’s worth of salt. One Extra Crispy chicken breast from KFC will set you back 1,010 mg of sodium, and that’s before the mashed potatoes & gravy and biscuit (which will tack on another 530 mg each).

But while you may expect these kinds of inflated sodium levels when eating fast food, it may surprise you to learn that your favorite jarred pasta sauce, bread, soup, frozen dinners and even cottage cheese and bagels at your local supermarket are loaded with salt, too.

An investigation by Consumer Reports, which analyzed sodium levels in 37 processed foods, found some unexpected findings:

So if you eat any type of processed foods, even bread, cereal, meat and dairy products, it’s incredibly easy to go over the recommended daily sodium intake level. One four-ounce serving of chicken prepared at home can contain up to 550 mg of sodium because of the added salt water many producers inject into the meat3 — and that’s before you add any extra salt at home!

Further, restaurant meals may be the worst offenders of the bunch. Testing by the Center for Science in the Public Interest (CSPI) found that a large restaurant portion of spaghetti and meatballs can contain upwards of 2,210 mg of sodium. General Tso’s chicken, meanwhile, may contain 3,150 mg!

In fact, a separate study by CSPI revealed that 85 out of 102 popular chain restaurant meals tested contained more than a day’s worth of sodium, and the worst offenders had more than four days’ worth.

For instance, Olive Garden’s Tour of Italy lasagna with a bread stick, salad with house dressing and coca-cola added up to 6,176 mg of sodium — an amount of sodium so high it could potentially cause a spike in blood pressure in some people.

Given the out-of-control salt levels in so many foods, it is very difficult to stay within recommended guidelines, even if you only occasionally indulge in fast food or restaurant meals.

As a result, New York City officials are meeting with restaurants and food makers to discuss cutting back salt in common foods citywide. While the food industry is hoping the measure remains voluntary, the New York Department of Health is aiming to cut salt intake by at least 20 percent in five years.

Likewise, on a federal level the Institute of Medicine is urging the U.S. Food and Drug Administration to set national standards for salt in processed foods and prepared meals. While no salt regulations have been set, federal agencies are encouraging food and beverage manufacturers and restaurants to voluntarily reduce salt levels in foods.

According to the latest research published in the New England Journal of Medicine, even a small reduction in salt intake population-wide, namely 1,200 fewer milligrams of salt, each, daily, could prevent nearly 100,000 heart attacks and 92,000 deaths in the United States each year.

Is Salt Really That Bad?

The high levels of sodium in processed and restaurant foods are not doing your health any favors. When you consume more salt than your kidneys can excrete, it will start to accumulate in your blood, leading to water retention and an increase in blood volume.

As your blood volume rises, your heart must work harder to keep your blood pumping, and this increases pressure in your arteries, potentially leading to high blood pressure and heart problems.

However, some people appear more sensitive to the effects of sodium than others, leading some experts to speculate that implementing nationwide salt limits, or restrictions on salt levels that advise every American to eat a very low-sodium diet, are unfounded.

For instance, a pair of Cochrane reviews found that while a low-salt diet was useful for reducing blood pressure in people with high blood pressure, the authors concluded that “the available evidence does not suggest that people with normal blood pressure should reduce the amount of salt they eat or drink.”

Likewise, while it’s true that most people get far more sodium than they need, it should not be overlooked that sodium is a nutrient your body needs to function properly. In fact, sodium helps:

Cutting all salt out of your diet would be a dangerous, even deadly, health move … but consuming excessive levels can be damaging as well. Your best route is to strike a chord somewhere in the middle and consume the salt your body needs to stay healthy, and not too much else.

For most Americans, this will mean learning how to cut down on salt intake by:

Finally, when you do use salt you may want to opt for sea salt, Himalayan salt or another natural salt form, especially if you’re trying to limit chemicals in your diet. Typical table salt can contain up to 2.5 percent chemicals from processing and anti-caking agents along with trace minerals, and naturally processed salts will not have these additions (except for the trace minerals).

Be aware, however, that many natural salts do not contain iodine, a nutrient that’s important for the function of your thyroid hormones.

Table salt is one of the main suppliers of iodine in the American diet, so if you cut down on your salt intake, particularly iodized salt, significantly, you’ll want to be certain you’re still getting enough iodine, especially if you’re pregnant or breastfeeding.12 (Dietary sources of iodine include seaweed, yogurt, cow’s milk, eggs, strawberries and mozzarella cheese. Supplements are also available.)

Still, for most Americans the challenge with salt lies not with too little but too much.

If you want to do one thing to drastically lower your sodium intake, while still allowing yourself to enjoy tasty foods, consider cooking more of your meals at home, prepared from fresh, unprocessed ingredients — creatively seasoned with delicious herbs and spices.