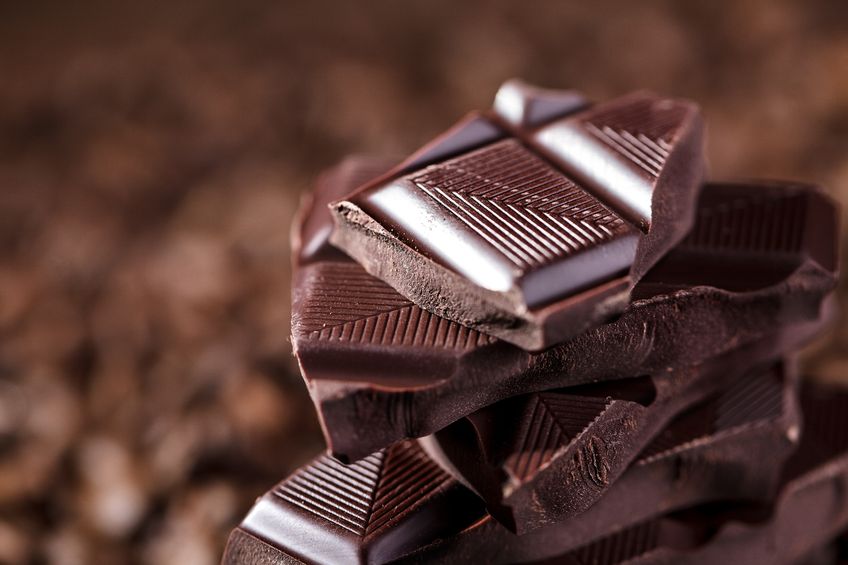 Eating chocolate, particularly the dark variety, has been linked to improved heart health, but research was scarce as to what, exactly, made chocolate so good for your heart.

Intriguing new research, presented at a meeting of the American Chemical Society, may have found the answer, which, surprisingly, involves the microbes in your gut.

When you eat chocolate, indigestible long molecules called polyphenolic polymers remain in your gastrointestinal tract. Due to their large size, they’re poorly absorbed by your body. When the researchers exposed cocoa powder to digestive juices and enzymes to simulate digestion, however, they found that certain beneficial microbes feasted on the large molecules, breaking them down into anti-inflammatory compounds.

“These materials are anti-inflammatory and they serve to prevent or delay the onset of some forms of cardiovascular [damage] that are associated with inflammation.”

While the antioxidants in chocolate had long been targeted as a potential reason for its health benefits, it was thought they were poorly digested. The new research suggests they may be well absorbed by your body after all, thanks to the microbes in your gut. The researchers suggested that consuming chocolate along with prebiotics (which ‘feed’ beneficial bacteria in your gut) may help to convert polyphenolics in your stomach into anti-inflammatory compounds. Certain probiotic supplements, such as CNCA’s Acidophilus/Bifidobacter/FOS has built-in prebiotic support.

Before you re-stock your candy dish, keep in mind that darker chocolate, which has a higher percentage of cocoa (and therefore antioxidants), is better for your health. Milk chocolate is higher in sugar and milk, whereas white chocolate contains no cocoa at all. Though dark chocolate will taste more bitter, it’s actually the flavonoids that give it this bitter flavor (so the more bitter the chocolate, the better it’s likely to be for your health).

While research has shown that eating small amounts of high-quality dark chocolate offers real health benefits, if you’re purely interested in the health potential a better option may be to opt for unsweetened cocoa.

Researchers of the featured study said that benefits may be had with just two tablespoons a day, so try adding cocoa powder to your morning oatmeal for a healthful antioxidant punch.

Want to know more? Read The Chocolate Effect on Your Health to get the facts about the health-boosting potential of (arguably) America’s favorite sweet treat.