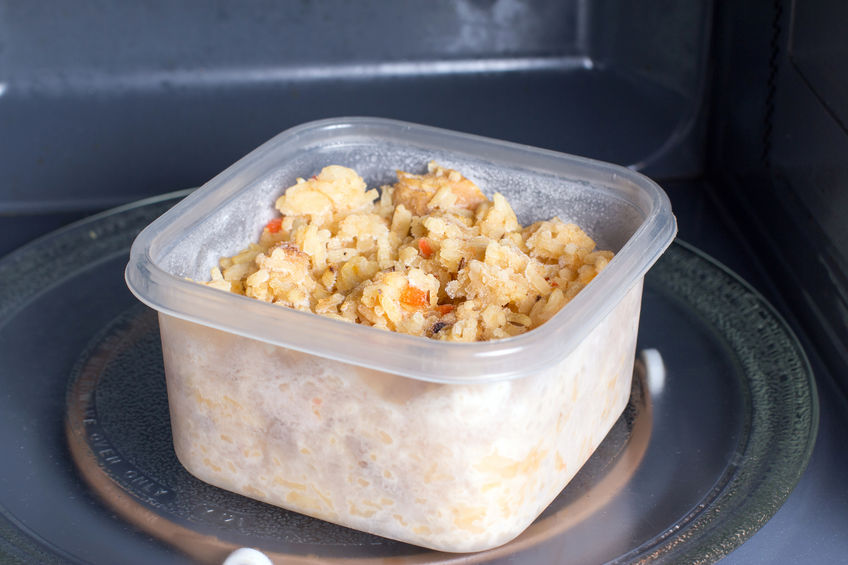 By now you’ve probably heard of bisphenol-A, more commonly referred to as BPA — and if you haven’t it’s time you did, because there’s a good chance it’s circulating in your body right now. In fact, BPA is found in more than 90 percent of Americans.1

Its prevalence is due, in part, to the massive quantities used by industry each and every year. A high production volume chemical, the U.S. Environmental Protection Agency (EPA) notes that releases of BPA to the environment exceed 1 million pounds per year.2

This is concerning because BPA, a component of epoxy resins and polycarbonate plastics, has shown reproductive, developmental, and systemic toxicity in animal studies, and there is growing concern about its impact on vulnerable populations, particularly pregnant women, infants and young children.

This plastics chemical has garnered increasing notoriety for its potential reproductive and developmental toxicity. BPA mimics the hormone estrogen, making it an endocrine-disrupting chemical, the likes of which are known to interfere with the normal functions of your body’s natural hormones. Research has linked the chemical to a variety of disorders, including:3

Young children and fetuses are most at risk from BPA damage, as their bodies are still developing and they are not able to detoxify chemicals as well as adults.

As of 2010, the U.S. Food and Drug Administration (FDA) noted that “the National Toxicology Program at the National Institutes of Health and FDA have some concern about the potential effects of BPA on the brain, behavior, and prostate gland in fetuses, infants, and young children.”6

But the Agency has been slow to act, and has not issued a ban on the substance even though Canada recently declared BPA a toxic substance that “constitutes or may constitute a danger to human health and the environment.”7

Canada and the European Union also banned BPA from baby bottles, and several U.S. states and cities have enacted varying BPA bans. For instance, the city of Chicago enacted an ordinance restricting the sale of any food and beverage containers intended for use by kids under age 3 that contain BPA, which went into effect in 2010. Connecticut plans to ban BPA from infant formula containers, baby food cans or jars, or reusable food and beverage containers beginning in October 20118 — but no federal regulations have been put into place.

The American Medical Association also addressed BPA in its new 2011 policies, recognizing it as an endocrine-disrupting agent that can induce a variety of adverse effects in mammals, and voicing their support on the ban of BPA-containing baby bottles and infant cups.9

Currently FDA’s National Center for Toxicological Research is conducting further studies on the safety of low doses of BPA, and in the meantime the Agency notes it is supporting recommendations to reduce exposure to BPA for infant feeding and food preparation.

What are the Primary Ways You’re Exposed to BPA?

The 6 billion pounds of BPA produced worldwide each year go to countless uses, including the creation of thousands of household products.10 This includes items made of polycarbonate plastics, such as water bottles, baby bottles, reusable cups, and food and drink packaging, as well as those that contain epoxy resins, which are used in the lining of food cans, soda cans, bottle tops and more. Certain dental sealants and composites may also contain BPA, and it is even used to coat some cash register and credit card receipts.

The primary route of exposure?

Most likely your food containers. As noted by the EPA:11

“Humans appear to be exposed primarily through food packaging manufactured using BPA, although those products account for less than 5 percent of the BPA used in this country.”

Research suggests that the BPA used in food wrappers, bottles and plastic containers can migrate into your food. In one of the most revealing BPA studies to date, researchers from the Harvard School of Public Health found that people who drank from polycarbonate bottles for one week had a two-thirds increase in BPA in their urine — and this was for cold liquids.12

Heating the plastic (such as microwaving food in a plastic container or heating up a baby bottle) appears to increase the amount of BPA that leaches into the food or beverage, as may scratches in the containers.

Canned foods also represent a significant route of exposure. One study by the Environmental Working Group found BPA in over half of the name-brand fruit, vegetables, soda and other canned goods they tested.13

Given that BPA is so widespread in consumer goods, you may feel powerless against it — but please realize that there are many steps you can take to significantly cut back on your exposure.

You don’t have to wait for regulatory agencies to impose BPA bans; you can follow the steps below to keep your, and your family’s, BPA exposure as low as possible:

11. Know your recycling codes. In general, plastics that contain the numbers 1, 2, 4, 5, and 6 usually do not contain BPA. Plastics with the numbers 3 or 7 may be made with BPA (though not all plastics marked with 3 or 7 contain BPA).