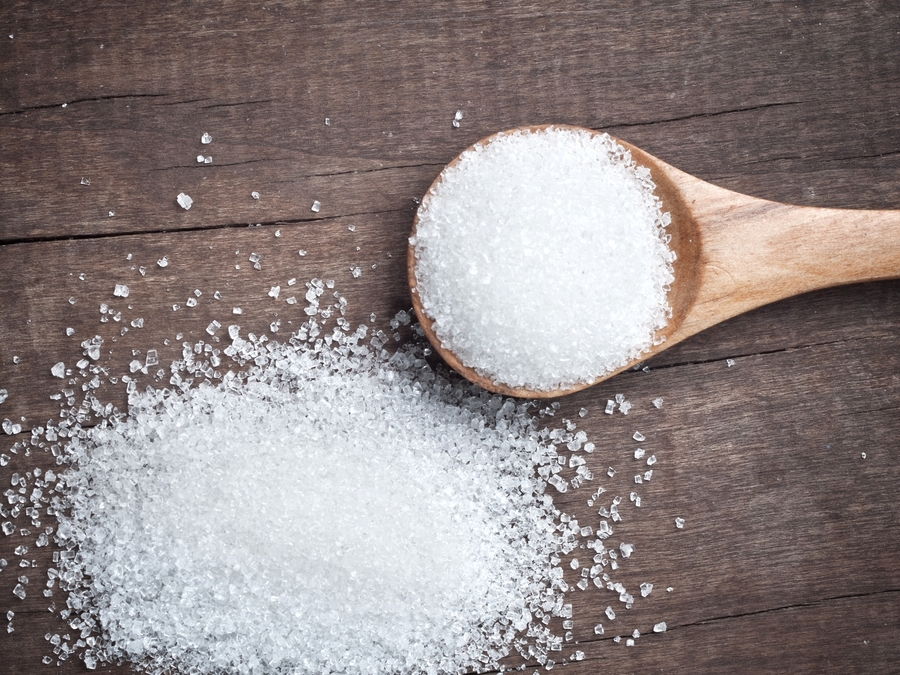 Sugar is not a four-letter word … but it may as well be for all of the negative press it’s gotten in recent years. For all intents and purposes, sugar is the new “fat” – being shunned by everyone from health gurus to concerned moms and dads alike. But is a little sugar sprinkled on your cereal or baked into your child’s birthday cake really such a big deal?

The key word here is “little.” If Americans consumed only a “little” sugar, such as the natural sugars found in fruit, we’d be just fine. But most consume far more than that, and therein lies the problem.

One recent study revealed that the average U.S. adult consumes 21.4 teaspoons of added sugar each and every day.1 This is added sugar and does not take into account additional sugar in fruit juices, fruits or other whole foods. This staggering amount made up about 16 percent of participants’ total daily caloric intake!

Among children, the numbers are similar, with about 16 percent of daily calories consumed in the form of added sugar, although some surveys suggest teenagers may be eating far more – up to 34 teaspoons a day.

For comparison’s sake, the American Heart Association recommends that your added sugar intake make up no more than half of your daily discretionary calories, which equates to about 6 teaspoons of sugar for women and 9 teaspoons for men.2 And some still argue that even this is too much…

What are the Health Risks of Too Much Sugar?

Sugar is so toxic, according to Robert Lustig, MD and colleagues from the University of California, San Francisco, that they recommend regulating it like tobacco and alcohol in order to protect public health. In a report published in the journal Nature, they contend that sugar is contributing to 35 million deaths worldwide each year due to obesity and diseases like diabetes, heart disease and cancer.3

It’s not simply a matter of consuming “empty calories” either. “It’s not about the calories,” Lustig said in the New York Times.4 “It has nothing to do with the calories. It’s a poison by itself.”

Excess sugar is linked to changes in metabolism, increased blood pressure, liver damage and interference with hormone signaling. Lustig and colleagues argue that many of the health effects caused by drinking too much alcohol are, in fact, also caused by eating too much sugar.

For instance, too much sugar is associated with dyslipidemia, a lipid profile known to increase heart disease risk. One study found that those who got 25 percent or more of their daily calories from sugar had double the risk of having low HDL (good) cholesterol compared to those who consumed less than 5 percent of their calories as sugar.5 Those who ate the most sugar also had the highest triglyceride levels (low HDL and high triglycerides are two of the primary risk factors for heart disease).

Sugar is also linked to cancer. High blood sugar levels, caused by health conditions like diabetes along with eating too many sugary foods, have been linked to cancers of the pancreas, skin, uterus, urinary tract and breast. Further, women with the highest blood sugar levels were found to have a 26 percent higher risk of developing cancer than those with the lowest,6 whereas women with the highest carbohydrate intake (62 percent of their diet or more) were more than twice as likely to develop breast cancer than those with a lower carb intake (52 percent or less).7

Part of the problem appears to be sugar’s ability to induce insulin resistance, which occurs as a byproduct of excess sugar consumption and subsequent metabolism by the liver. In this case, it’s the fructose (table sugar is made up of fructose and glucose) that appears to place an extra burden on your liver, causing it to convert the fructose into fat, which triggers insulin resistance. The New York Times reports:8

“In animals, or at least in laboratory rats and mice, it’s clear that if the fructose hits the liver in sufficient quantity and with sufficient speed, the liver will convert much of it to fat. This apparently induces a condition known as insulin resistance, which is now considered the fundamental problem in obesity, and the underlying defect in heart disease and in the type of diabetes, type 2, that is common to obese and overweight individuals. It might also be the underlying defect in many cancers.

If what happens in laboratory rodents also happens in humans, and if we are eating enough sugar to make it happen, then we are in trouble.”

Does the Type of Sugar Matter?

White versus brown? Raw versus refined? Organic or not? When it comes to sugar, there are a lot of options but choosing raw or organic sugar will not negate its health risks (with the exception of perhaps lowering pesticide and chemical exposure for organic brands). There are some slight differences – for instance unrefined raw sugar is made from the juice of the sugar cane plant, and as it is not fully refined, it will have trace minerals and nutrients, although not in any significant amounts – but they are negligible in terms of your health.

This doesn’t necessarily mean that high fructose corn syrup (HFCS) is worse for you than sugar, as both are nearly identical in terms of fructose and glucose – sugar contains about 50-50, while HFCS is typically about 55 percent fructose and 45 percent glucose. However, there is evidence that when fructose is consumed in liquid form, as most HFCS is (in soda, particularly), it hits your liver even harder. If fructose is, in fact, one of the most dangerous components of sugar, one of the worst sweeteners would actually be agave, which although it is considered a “healthy” alternative is oftentimes simply a fructose syrup with higher concentrations of fructose than even HFCS.

Where is All of This Sugar Hiding?

You may be wondering where all this extra sugar is coming from, assuming you don’t dip into the sugar bowl to season each meal. Soda and other sugary beverages are, of course, obvious culprits, but so are many processed foods, including some you might not think of as “sweet.”

Sugar-sweetened breakfast cereals, ice cream, baked goods, cookies, candy, fruit juice … you know these contain sugar. But did you know that many yogurt brands contain more sugar than a Twinkie? Other heavily sweetened foods that can add a significant amount of added sugar to your diet include:

Also be on the lookout for these ingredients, which are all sources of added sugar:

The next time you’re hankering for a sweet treat, one of the healthiest options may be to make your own at home, using the healthier options below. You’ll notice that artificial sweeteners are not on this list, as many have some concerning health issues in their own right. These natural substances can add a little healthy sweetness to your everyday meals and baked treats without sacrificing your health: