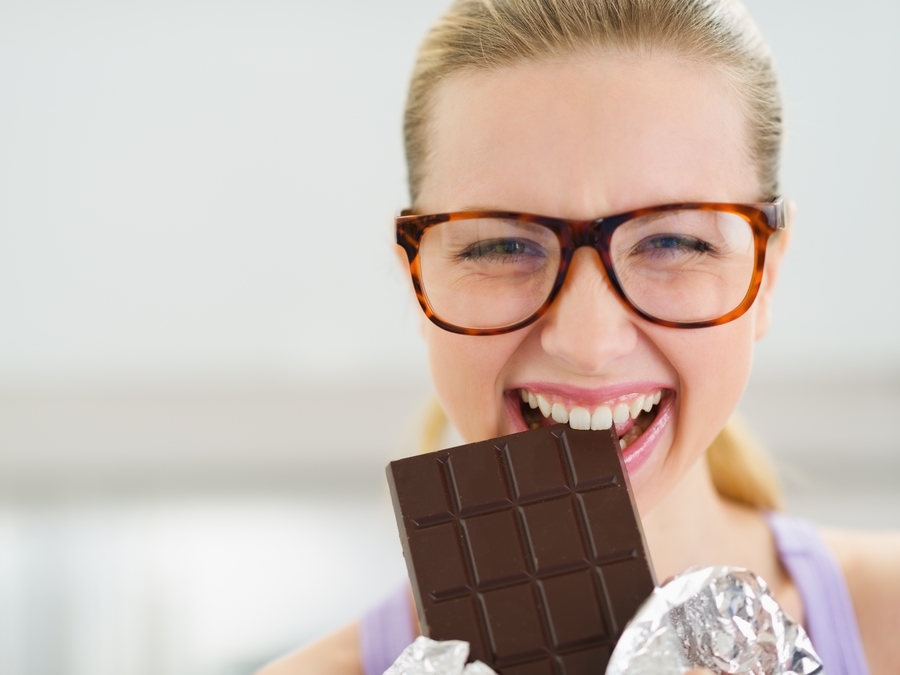 Little in the world of nutrition has been more surprising than the meteoric rise in the reputation of chocolate from the candy store — perhaps, the most indulgent, no-no food of them all — literally to the health food store.

Thanks to some prompting (and substantial amounts of dollars) from candy makers, the scientific community began talking about the nascent health benefits of chocolate as far back as 1999. Nevertheless, the interest in chocolate as a health food really bloomed about five years later.

Most of the buzz centered around the possible benefits of eating chocolate for your circulatory system and heart, certainly good things for your health and sweet tooth. (Studies conducted since then have only bolstered chocolate’s heart-health reputation too.)

Apparently, those interesting bits of science news opened the floodgates for all kinds of chatter about the potential perks of chocolate, for example, as a would-be weapon against chronic fatigue syndrome and a rival to penicillin.

Among the more recent claims of chocolate’s medicinal powers:

Perhaps, the most interesting finding to date: A synthetic compound known as GECGC (based on a cocoa bean compound) slowed the growth of human tumors and sped up their destruction while leaving normal cells intact. The effect of GECGC was felt most strongly on two different kinds of colon cancers.

Although opinions vary on the myriad of benefits of chocolate as they do about the mysteries of its chemical composition (biochemists receiving funding from Mars and the USDA are currently decoding the cacao genome at six research sites), the news certainly looks promising.

Before making a mad dash to the nearest grocery store — all for the sake of your health, of course — it’s important to acknowledge the “fine print” behind these chocolaty benefits.

Cocoa beans, from which chocolate is derived, have high amounts of flavonoids, part of a class of plant-derived antioxidants, substances that reduce oxidative damage caused by free radicals. Even though flavonoids can also be found in various fruits, red wine, legumes, teas and vegetables, specific kinds of chocolate are even richer in antioxidants.

Herein lies the problem. Cocoa possesses a naturally pungent taste thanks to the presence of flavonoids. Unfortunately, the chocolate sitting on grocery store shelves is processed, often to the hilt. All the alkalizing, roasting and fermentation needed to lessen the bitter taste in cocoa and make chocolate-based products more appealing — not to mention generous amounts of sugar and milk — strips away much of those beneficial flavonoids.

Darker chocolate is a far better choice for your health, but generally a little more expensive, than the milky, lighter stuff. If you love white chocolate, however, you’re out of luck: The mix of sugar, extra flavorings and cocoa fat leaves no room at all for flavonoids.

Apart from the processing issues that eliminate a good deal of chocolate’s antioxidant content, there’s no consensus among scientists about how large a percentage of the cocoa contained in a piece of chocolate actually confers any healthy benefit, or how long you’d need to consume it before reaping any rewards.

When in doubt, pay attention to the chocolate percentage, a term used by connoisseurs referring, not only to the amount of cocoa in a piece of chocolate, but how sweet it may be, according to Chocolate.com. For example, a dark chocolate treat containing 70 percent cocoa has about 30 percent sugar, meaning it has just enough sweetness to mask the chocolate’s intense flavor and make it worth eating.

By comparison, the average candy bar contains just a fraction of the cocoa (15 percent) and flavonoid content found in ordinary dark chocolate (43 percent), according to an Annals of Internal Medicine study.

Don’t ignore portion sizes and calorie counts either. According to an average comparison of popular dark chocolate brands (Hershey’s, Lindt, Ghiradelli and Dove) with varying degrees of cocoa, the average small block of dark chocolate contains 4.5 grams of fat and 74 calories. One medium-sized bar (about 1.45 ounces) triples those counts to 218 calories and 13.3 grams of fat, not small by any measure.

On the other hand, two popular milk chocolate candies — M&M;’s and Milky Way — have fewer grams of fat (both 10 grams) but slightly higher calorie counts (240 and 260, respectively).

Until science steps in with a firmer chocolate recommendation, perhaps, the best and healthiest formula for satisfying your sweet tooth combines good common sense — eat small portions of dark chocolate –with higher percentages of cocoa.

Chocolate.com: Chocolate By The Numbers