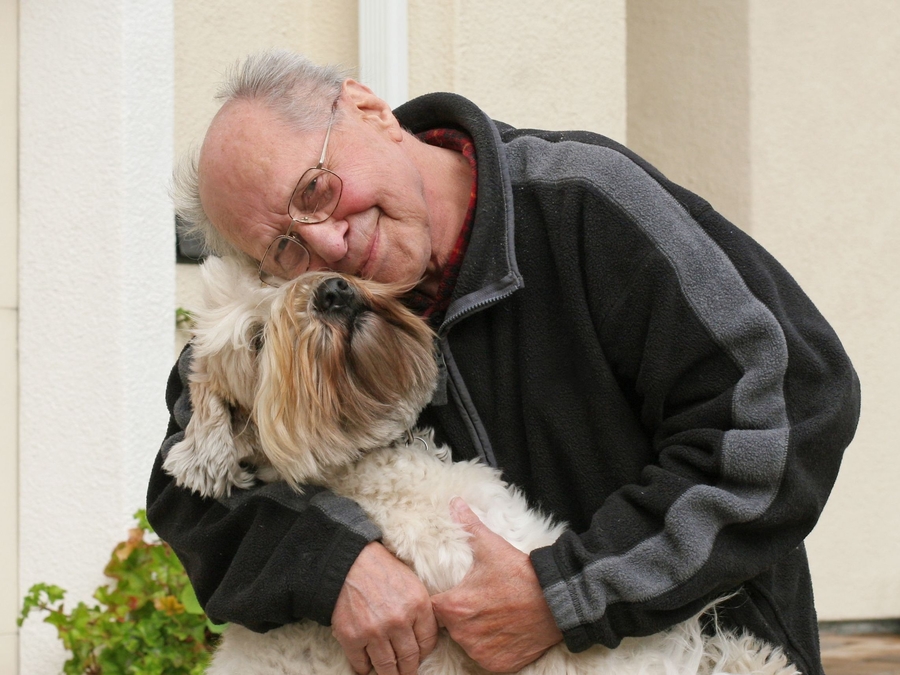 We couldn’t let this week slip by without acknowledging that August 7-August 13 is International Assistance Dog Week, which is devoted to calling out all the hardworking assistance dogs that help individuals overcome physical and emotional challenges.

The first service dogs were trained in Germany during World War I to aid blinded veterans. Today, a new generation of canines is being trained to help veterans of the wars in Iraq and Afghanistan who have sustained physical as well as emotional traumas. A golden retriever named Tuesday is one such service dog that has made life worth living for one army vet.

“Tuesday is just extraordinarily empathetic,” said Luis Carlos Montalvan, a 38 year-old retired Army captain who received a Purple Heart for wounds he suffered in Iraq. “In bad moments, he’ll lay his head on my leg, and it’ll be like he’s saying, ‘You’re OK. You’re not alone.'”

During his first tour of duty in Iraq, Montalvan was attacked while on patrol and suffered knife wounds, three fractured vertebrae and a traumatic brain injury. He suffered more injuries on a second tour, his PTSD symptoms worsened and his health spiraled downward. After he left the Army, his world began to collapse as he severed friendships and kept to himself. He had been prescribed painkillers for his back, migraine pills for his brain injury, and drugs for anxiety and depression. But it wasn’t enough. He often contemplated suicide, he says.

He was surfing the web when he saw an email about free trained service dogs for veterans and submitted an application. The rest, as they say, is history. They’ve been together now for several years and are inseparable.

Tuesday helps Montalvan remember to take his medication and is a calming and reassuring presence in stressful situations. He can recognize changes in Montalvan’s breathing, perspiration or scent that can indicate an impending panic attack. He also acts as a protective buffer by placing his body between Montalvan and crowds of people and offers a reassuring nuzzle if he senses anxiety in his master.

Montalvan wrote about the physical and psychological wounds he suffered in Iraq and his journey to recovery with Tuesday in the book, entitled Until Tuesday: A Wounded Warrior and the Golden Retriever Who Saved Him.  Just released in May, it shot up the New York Times Best Seller List.

In this video, Montalvan talks about his special bond with Tuesday and how service dogs are helping veterans to recover and reclaim their lives.

Read more about the surprising health benefits of pets here.