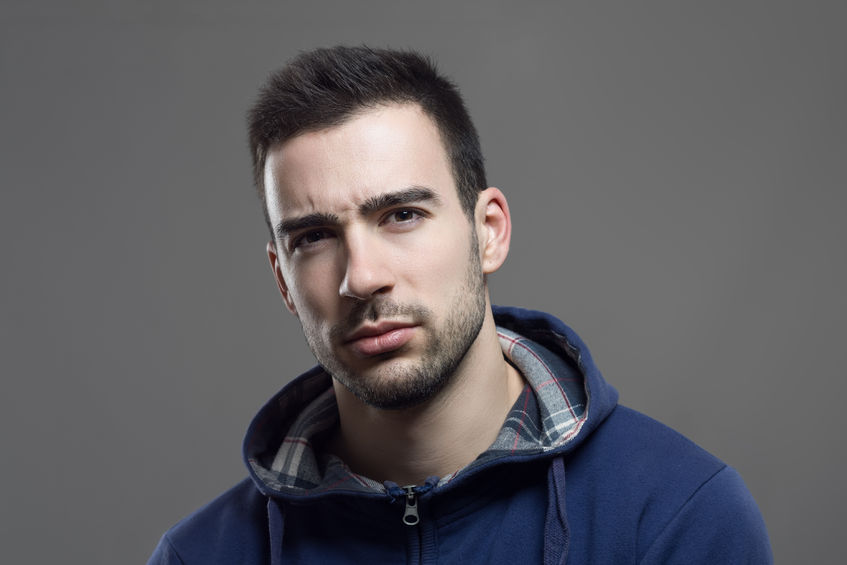 Men are notorious for ignoring their health — or at least trying to ignore it for as long as possible (until the ache, pain, lump or rash gets too big and too annoying to overlook, or until their spouse forces them to have it checked out). As you might suspect, as a result of this reluctance men are 24 percent less likely than women to have visited a doctor within the past year, according to the U.S. Department of Health & Human Services.1

Further, while data from the National Center for Health Statistics notes that only 12 percent of men 18 years and over are in fair or poor health (which presumably means the rest are in better than fair health), 33 percent of men over 20 years are obese, and 31 percent have high blood pressure.2

Of course, some men are entirely proactive about their physical condition and need no encouragement whatsoever to make health a priority … but no matter which camp you fall in, there’s a good chance you’ve come across some of the widely circulated myths surrounding men’s health.

As we did last month for women’s health myths, we’d like to clear some of these up for you so they do not stand in the way of your vitality and well-being.

And, since June is Men’s Health Month, which provides screenings, health fairs and other health education activities for men and boys in order to encourage health awareness, prevention and early treatment, there’s no better time than right now to set the record straight about some prevalent men’s health myths.

1. Breast Cancer Only Occurs in Women
It’s true that women are more likely (by about 100 times) to be diagnosed with breast cancer than men. But that doesn’t make men immune. In 2010, nearly 2,000 men were diagnosed with invasive breast cancer, and about 400 died from the disease.3

About one in 1,000 men will get breast cancer during their lifetime, and, as with women, the most common sign is a lump or thickening of breast tissue. Puckering in the skin, an indentation or redness of the nipple, or nipple discharge may also be signs.

As with most forms of cancer, a poor diet, smoking, obesity and excess drinking all increase the risk, so leading a healthy lifestyle is one of the best ways for men to reduce this risk.

2. You Get a Beer Belly from Drinking Too Much Beer
It certainly is possible to get a belly from drinking a lot of beer (or any form of alcohol) … but it is far from the only way. Even men who never pop open a cold one can have “beer bellies,” and this is often related to poor diet and inactivity.

Genetics may also make you more prone to storing extra fat around your mid-section (as opposed to on your thighs, backside or hips), but generally speaking lifestyle factors are the primary contributors.

If you’re a man with a “beer belly,” you should know that this extra belly fat is linked to heart disease, diabetes, certain cancers, stroke, high blood pressure, metabolic syndrome, sleep apnea and more.

In fact, your waist size has recently been singled out as a better predictor of your heart disease death risk than your body mass index (BMI). According to the latest research, men with a waist size greater than 40 inches were 70 percent more likely to die from heart disease during the study period than men with smaller waists.4

Once again, a healthy diet and exercise (along with keeping alcohol intake in check) are your best defenses against a big belly.

3. Erectile Dysfunction is Only an Issue in the Bedroom
Many men are reluctant to bring up erectile dysfunction (ED) with their health care providers, but you should know that it’s a good idea to do so — for reasons far beyond your frustration in the bedroom. Erectile dysfunction is actually an early warning sign for heart disease, with one study showing younger men with ED are twice as likely to develop heart disease compared to those without.5

Among those with existing heart disease, erectile dysfunction appears to make the disease deadlier. One recent study found those with heart disease and ED were twice as likely to die from all causes and 1.6 times more likely to suffer from a heart attack, stroke or other serious heart problem than those without ED.6

What’s the connection? Both heart disease and erectile dysfunction are related to atherosclerosis, which is the buildup of plaque in your arteries. Though atherosclerosis is typically associated with the arteries in your heart, it also may impact those in your penis. And, because the arteries in your penis are smaller than those in your heart, problems often show up there first.

The good news is that lifestyle changes may help you to turn this condition around before it gets worse or progresses into full-blown heart disease. For instance, Harvard School of Public Health research shows that men who exercise have a 30 percent lower risk of erectile dysfunction than men who do not. Smoking, alcohol consumption, and television viewing time were related to an increased risk. The researchers concluded:7

“Men who had no chronic medical conditions and engaged in healthy behaviors had the lowest prevalence.”

4. Jock Itch and Athlete’s Foot are Completely Different
Both jock itch and athlete’s foot are caused by the same fungus, known as dermatophytes (which can also cause fungal infections of your nails, scalp and body). Each condition is simply named for the body part the fungus inhabits.

This fungus grows out of control not because a person is dirty but because it thrives in dark, moist environments like the area between your toes or your groin. It is also highly contagious and can be easily spread around locker room floors or by sharing contaminated towels. If you develop athlete’s foot or jock itch, the itchy, stinging or burning rash, or cracking, peeling skin, is hard to ignore.

Bathing daily, especially after sweating excessively, can help prevent all forms of this itchy infection. It’s also important to keep your feet and groin area dry after showering (you can apply corn starch to discourage dampness) and throughout the day. This will also help with treatment, although you may need to use a topical cream to eradicate the fungus (natural anti-fungal herbal products are available and effective).

5. Wearing a Hat Can Make You Lose Your Hair
Do you feel unlike yourself unless you have a baseball hat on? Not to worry, there’s no evidence that wearing a hat will make your hair fall out.

So what does cause some men to go bald?

A new study in the Journal of Clinical Investigation found that the “hair progenitor” stem cells, which replenish your hair, appear to be depleted in balding areas of the scalp.8 Stem cells in the hair follicle remain, but do not convert into the progenitor cells necessary to re-grow your hair. As for what causes the depletion of these stem cells, or the potential defect in conversion of hair follicle stem cells to progenitor cells … it’s still a mystery, but it is known that male pattern baldness tends to run in families.

You may have also heard the theory that it’s your maternal grandfather that will give you the best idea of how your hair will fare, and this may be true. Research from Germany’s University of Bonn found that a gene variation handed down to men by their mother may be to blame for certain cases of male pattern baldness.9 So rather than looking to your father to gauge your baldness risk, look to your mother’s father (i.e. your maternal grandfather).

Keep in mind that even these researchers acknowledged this is only one potential cause of baldness. There are many others, including potentially genes that come from your father.

So there you have it. Five men’s myths, debunked by science! Share the news with your male friends and colleagues (or their interested other halves) and take pride in being that much better acquainted with your male self.