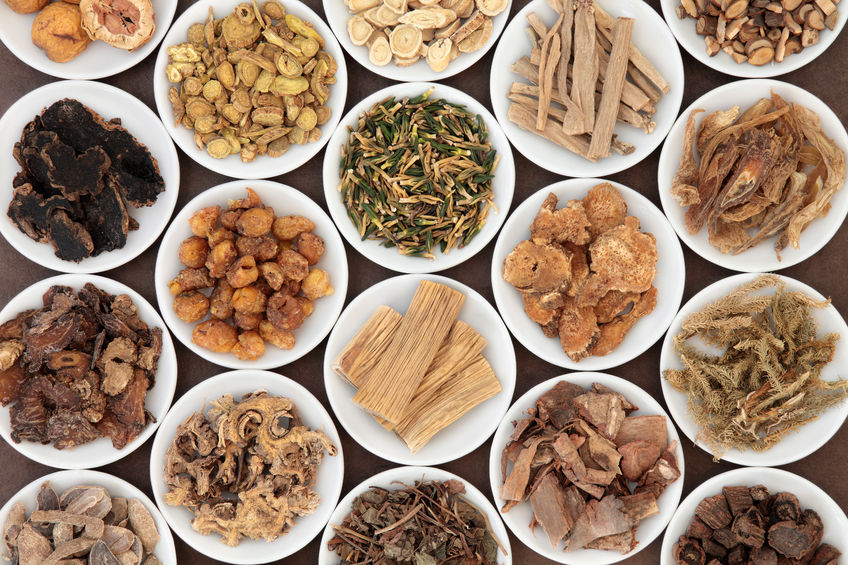 As men progress past the age of 50 years, the majority of them experience varying degrees of a condition known as benign prostatic hyperplasia, or BPH. BPH is a non-cancerous enlargement of the prostate gland. Because of the prostate gland’s location, enlargement can press on the structures around the urinary bladder and cause an increased frequency in the need to urinate, increased need to urinate at night (nocturia), decreased force and caliber of urine flow, and dribbling at the end of urination. Many men find these symptoms troubling enough to seek treatment.

Conventional treatments for BPH include drugs and surgery. Surgery may be necessary for severe prostate enlargement, to prevent urinary obstruction. However, for milder cases, alternative treatments are appealing because they lack the incidence of adverse events.

In many countries of the European Union, herbal supplements are the first-line, standard medical treatment for BPH. Although these herbs are available in the United States without a prescription, it is advisable that people with BPH use remedies, natural or otherwise, only under qualified medical care.

Saw Palmetto
Extracts of saw palmetto (Serenoa repens) berry are the leading natural treatment for BPH. Several clinical trials of saw palmetto have found the herb to be effective for mild-to-moderate BPH. A 1998 review of clinical trials of saw palmetto, published in the Journal of the American Medical Association, found that the herb improved BPH symptoms and urinary flow, providing benefits similar to those of finasteride (the most commonly prescribed drug for BPH), but with fewer side effects (Wilt et al, 1998). Studies previous to this definitive review were smaller, of shorter duration, and some had design flaws, but the efficacy of saw palmetto for BPH has been well-enough demonstrated for it to be recommended as a first line treatment for BPH by many urologists in the United States and Europe.

Saw palmetto appears to work by inhibiting an enzyme called 5-alpha-reductase, which is responsible for converting testosterone to its more active form, dihydrotestosterone (DHT). Saw palmetto also blocks DHT from binding in the prostate gland. Most studies have used 320 mg per day of saw palmetto extract that is standardized to contain approximately 80 to 95% fatty acids.

In 2006, the New England Journal of Medicine published a large, high-profile, negative study on the efficacy of saw palmetto for BPH (Bent et al, 2006) The findings of the study, however, are inconsistent with those of previous studies. What explains the discrepancy between the results of the NEJM study and those of previous studies? The authors had several theories: previous studies did not effectively mask the identity of the active and placebo formulations; the level of active ingredient in the extract was possibly insufficient to produce a measurable effect; and participants in the NEJM study may have had attributes that made them less likely to have a response to saw palmetto. The last point deserves special attention.

The participants in the NEJM study may indeed have had attributes that made them less likely to respond to saw palmetto. Previous studies found the herb effective for mild-to-moderate BPH. However, the NEJM study excluded men with mild BPH and included men with severe BPH. It remains unclear why the researchers excluded those men most likely to be helped by the herb and included men least likely to be helped by it. But doing so casts serious doubt on their assertion that the symptoms of the participants in their trial “were similar to those of men in previous trials of herbs or pharmaceutical agents for benign prostatic hyperplasia.”

For the large part, the media reporting of this study was an uncritical echo of the dubious results, and saw palmetto’s deservedly good reputation has been harmed. Those who consider the totality of the research on saw palmetto will find that most of that research still supports the use of saw palmetto for mild-to-moderate BPH.

African Plum
Pygeum is an extract from the bark of an African tree, Pygeum africanum, or African Plum. Traditional African medicine included use of Pygeum bark to treat bladder disorders, particularly when those symptoms were associated with BPH.

The extract has been approved in Germany, France, and Italy as a medicine for BPH. Controlled clinical trials published over the past 25 years have shown that pygeum is safe and effective for men with mild-to-moderate BPH. In these studies, 50 to 100 mg of pygeum extract (standardized to contain 13% total sterols) twice per day has been the typical amount used. Pygeum has three main constituents which are thought to be responsible for its actions on the prostate: phytosterols, which are natural anti-inflammatory agents; triterpenes, which increase urination; and ferulic acid esters, which help balance cholesterol and prevent its accumulation in the prostate.

Stinging Nettle
Traditionally used by herbalists to treat asthma and rheumatism, concentrated extracts made from the roots of stinging nettle (Urtica dioica) have emerged as a well-documented, modern remedy for BPH. In a 1994 study, nettle extract was found to increase urinary volume and flow rate in men with early-stage BPH (Koch & Biber, 1994). It has been successfully combined with both saw palmetto and pygeum to treat BPH in double-blind clinical trials (Metzkeret al, 1996). Stinging nettle has also been shown effective at relieving the severity of BPH and its symptoms when taken on its own (Safarinejad, 2005). Studies of nettle have typically used 120 mg of nettle root extract twice per day.

Other herbs and nutrients to consider include pumpkin seeds, beta-sitosterol, rye pollen extract, and certain amino acids (i.e., a combination of glycine, alanine and glutamic acid).

Get Physical
In addition to taking these herbal supplements, men with BPH (or who want to prevent it) are encouraged to remain physically active. Men who do so have a lower frequency of symptoms related to BPH in one study. Walking, the most prevalent activity among men, was related to a decreased risk of BPH (Platz et al, 1998). Men who exercise by walking two to three hours per week have a 25% lower risk of BPH compared with men who don’t use walking for exercise.

Your Doctor and BPH
Many men with BPH are unaware that effective natural options exist to help their condition. Many medical doctors have heard of saw palmetto, but some may have picked up a misguidedly negative opinion from the NEJM study, and most are probably unaware of the other effective natural alternatives to drugs and surgery. A licensed naturopathic physician is usually the most qualified practitioner to advise you regarding natural therapies to support the prostate gland.