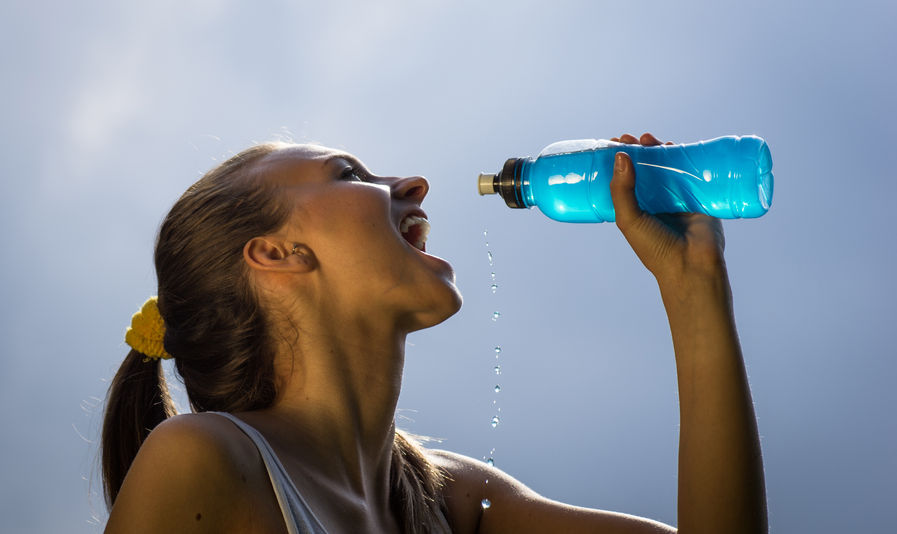 Functional beverages are all the rage and if you visit your local grocery store you’ll no doubt come across more than a few.

With promises like “Immune Booster,” “Stimulates Metabolism,” and “Packed with Antioxidants,” these trendy, eye-catching drinks are attracting lots of attention — to the tune of over $9 billion in sales in 2009.1

But are the promises on the labels really all they’re cracked up to be? Is it really healthy to get your daily vitamins, energy and antioxidants in a drink?

Primarily, of course, these essentials should come from healthy dietary sources. Fresh fruits and vegetables will give your body the nutrients it needs, in a form it can assimilate and use, so you can feel on top of your game.

But what if you’re looking for an extra boost, or something to make up for a day of eating on the run? In some cases a functional beverage may be appropriate, but in others it may actually do more harm than good. To help you make a smart choice, here we’ve uncovered the good, the bad and the ugly of some of the most popular functional beverages on the market.

Which Functional Beverages are Worth Buying … and Which Should You Take a Pass On?

1. Vitamin-Enhanced Water: Take a Pass
There are numerous brands of flavored waters on the market packed with varying amounts of vitamins, herbs and minerals. However, they also typically contain high amounts of sugar, high fructose corn syrup or crystalline fructose (a variation of corn syrup). In fact, one popular brand contains 33 grams of sugar in a bottle.2

In a lawsuit filed in U.S. District Court in San Francisco by the Center for Science in the Public Interest, a certain vitamin-enhanced water was referred to as “sugar water – just like soft drinks – with a few added vitamins.”3 The suit was filed for allegations that the vitamin water was being illegally marketed as a healthy alternative to soft drinks, when in actuality it is a very similar product.

So instead of popping open a bottle of vitamin-enhanced water, you may be better off popping a high-quality multivitamin supplement to get your extra vitamins without any added sugar.

2. Energy Drinks: Take a Pass
Energy drinks are the fastest growing, and largest, segment of the functional beverage category, making up 63 percent of the market share in 2008.4 They are especially popular among 18-34-year-olds looking for a pick-me-up to get through a busy day, and they do come through on their promise to give you energy.

However, the ingredients used to give you that boost are what make energy drinks often questionable. For starters, they typically contain large amounts of caffeine, which is stimulating to your central nervous system. There are no limits on how much caffeine can be added to energy drinks, so it’s a buyer beware market. Too much caffeine can lead to health effects ranging from increased heart rate and blood pressure to sleeplessness, nervousness and irritability.

A synthetic form of taurine, an amino acid, is also common in energy drinks, typically in very large concentrations. There is not much research on long-term or heavy taurine consumption, especially when combined with caffeine and other energy-drink ingredients, so the health effects are largely unknown.

Energy drinks may also contain large amounts of sugar along with other herbal stimulants such as Guarana and Yerba Mate. While energy drinks will give you a quick, albeit likely short-lived, energy boost, they’ve also been linked to some health and behavioral complications, including:5

Because of their highly stimulatory nature, people who are sensitive to caffeine, under extreme stress, suffering from anxiety, pregnant or breastfeeding are best off avoiding energy drinks entirely, and given the potential health concerns, the rest of the population may be too.

3. Sports Drinks: Usually Take a Pass
Sports drinks are designed to prevent dehydration by supplying carbohydrates and electrolytes before or during exercise. They typically do not contain caffeine, but they do usually contain high-fructose corn syrup, artificial flavors and food coloring. Many also contain large amounts of sodium.

For the average exerciser or “weekend warrior,” the extra sugar and calories in sports drinks is not necessary, and may actually negate much of the calorie-burning aspect of your workouts. According to one study from the University of California at Berkeley, students who drink one 20-ounce sports drink a day for a year may gain 13 pounds!7

Further, because sports drinks are highly acidic and sugary, studies show they can damage your tooth enamel even more than soda. One study by researchers at New York University College of Dentistry even found that prolonged consumption of sports drinks could corrode your teeth and lead to tooth decay.8

In most cases, plain water will be more than sufficient to keep you well hydrated during your exercise sessions.

The exception would be people who are engaging in extremely rigorous, taxing workouts, such as running a marathon or doing prolonged hard labor outdoors in a hot environment. In these cases, the extra carbohydrates, sodium and electrolytes may be beneficial.

4. Coconut Water: Worth Trying
A relative newcomer to the functional drinks arena, coconut water has been valued since ancient times in its tropical native countries of origin. As a natural source of potassium and electrolytes, coconut water makes an ideal “natural” sports drink for staying hydrated during short to moderate workouts, and is a tasty alternative to your morning juice or afternoon soda. Even better, coconut water contains no added sugars, sodium or other additives.

5. Whey Protein: Worth Trying
Whey protein, which is a byproduct of the cheese manufacturing process, is one of the only functional beverages on the market that is also a complete protein. If you’re looking for a quick way to get more high-quality protein into your diet, either as part of a morning breakfast shake or after a workout, whey protein is a smart choice.

Aside from offering a highly digestible form of high-quality protein, whey protein may support immune function by increasing levels of the powerful antioxidant glutathione. It’s also a rich source of the amino acids methionine and cysteine.

Ideally, look for a whey protein that contains no added sugars, such as CNCA’s Whey Pure Protein, which is made from milk harvested from cows that graze on pesticide-free and chemical-free natural grass pastures in New Zealand.

6. Kombucha Tea: The Jury is Still Out
There are currently no human studies involving kombucha in major medical journals, however, there is no shortage of anecdotal reports and ancient remedies supporting the potential health benefits of this “tea.”

If you’re new to kombucha, it’s a beverage made from mixing kombucha, a colony of bacteria and yeast, with sugar and black or green tea, then allowing it to ferment. Anecdotal reports have linked kombucha, which is considered a raw “living” drink, to immune system support as well as potential benefits for digestion, detoxification, and liver function.9

Reports of allergic reactions, upset stomach and metabolic acidosis have been reported following kombucha tea consumption, however. Whole Foods Market also recently pulled the beverage from its stores due to elevated alcohol levels produced as the tea continues to naturally ferment on store shelves.10

For now, the data remains inconclusive on whether or not kombucha tea is a beneficial addition to the functional foods arena.

7. Green Drinks: It Depends
There are numerous ready-to-drink “green drinks” and smoothies on the market, often kept in your supermarket’s refrigerated section. These beverages may contain buzzwords like “superfood” and claim to be a simple way to get some added nutrition into your diet.

For the most part, green drinks can be quite healthy, especially if you choose those that are free from added sugars, artificial colors and flavors. Some also contain truly healthy additions, such as spirulina and wheat grass.

The downside to many of these drinks is that to make them palatable they typically contain large amounts of fruit juice and fruit purees to make them sweeter. This, of course, increases the sugar content significantly.

So in choosing between a soda or even a glass of fruit juice and a green drink, the green drink will typically win from a nutritional perspective.

An even better option, though, to get the nutrients without the extra fruit sugars would be to make your own green drink at home using a vegetable juicer and fresh veggies like cucumber, spinach, celery, carrots and parsley.

The BEST Way to Increase Your Energy and Get Your Nutrients …

Lead a healthy lifestyle. By eating a wide variety of fruits and vegetables, healthy fats and lean, high-quality meats, your body will be well nourished. Combine that with plenty of sleep, regular attention to stress relief and time out for fun and relaxation, and you’ll enjoy energy levels that are at their peak, naturally.

You will generally want to avoid beverages that contain high amounts of sugar, caffeine and other stimulants, as your energy boost will be artificial and short-lived … and will inevitably lead to a corresponding crash.

If you ordinarily live healthy but are just having one of those days where you need an extra pick-me-up, choose wisely from the list above, or indulge in a small cup of coffee or tea.