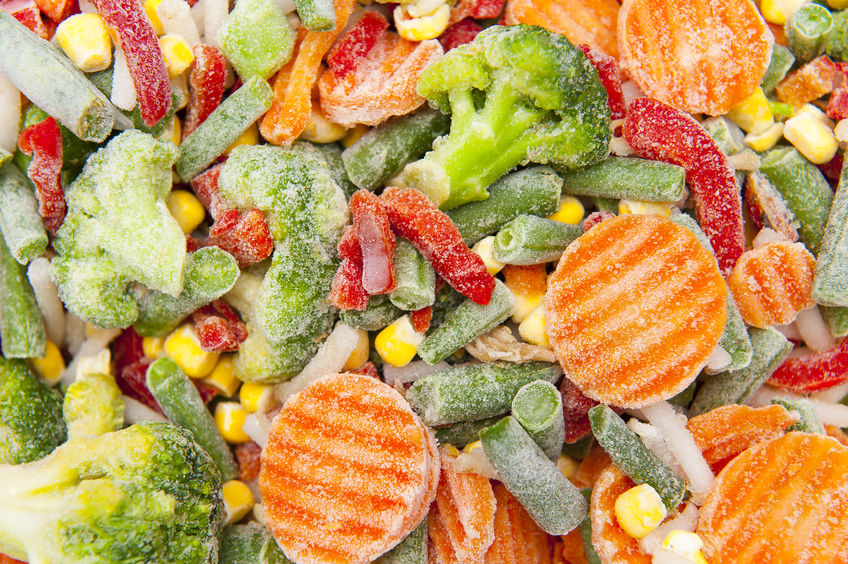 Fresh produce is generally regarded as tastier – and healthier — than frozen. After all, you would think that the fresher the produce, the more nutrients it would contain.

Yet, keeping a few bags of frozen veggies in your freezer is often a more convenient way to eat healthy, especially when you’re looking to throw dinner together in a pinch.

New research revealed some good (and admittedly surprising) news if you like to eat frozen veggies … they’re good for you! In fact, they may be just as good as fresh, and possibly even better.

The study compared important nutrients like vitamins C and A, folate and minerals in fresh and frozen blueberries, strawberries, broccoli, green beans, peas, corn, spinach, and cauliflower. In most cases the nutrient levels were quite similar, although vitamins A and C and folate in fresh produce degraded with time spent stored in the fridge.

Interestingly, sometimes the frozen produce was superior to fresh, and especially to fresh produce that had been stored for five days. For instance, frozen peas had significantly higher vitamin A levels than both fresh and fresh-stored varieties. Separate research also revealed that frozen carrots had three times the lutein and double the beta-carotene, as well as higher levels of vitamin C and polyphenols, than their fresh counterparts.

Why might frozen veggies have more nutrients than fresh?

The problem is that once a fruit or vegetable is picked, its nutrient content begins to degrade. If you purchase your produce from a local farmer’s market and eat it right away, it’s still going to be the superior choice, nutritionally speaking. But if your produce comes from the average supermarket, it may have spent weeks or even a month in transit and storage. Then, it may sit even longer in your fridge, all while valuable nutrients are degrading.

Frozen vegetables are frozen right after harvest, which helps to preserve more nutrients compared to fresh produce that’s not eaten right away.

One of the study’s co-authors described freezing as “nature’s pause button.” He told Food Navigator:

“If you put fresh produce into the refrigerator, this vegetable or fruit is a living material – it respires, there’s oxidation and enzymes operating. It degrades over time and loses nutrients. That’s normal and to be expected.

Freezing in essence is nature’s pause button. It maintains freshness in what we call fresh foods, slows down enzymatic reactions, increases the time it takes for anything to degrade.”

Stocking up your freezer with frozen veggies is a perfectly healthy way to get your five+ servings of fruits and veggies a day.