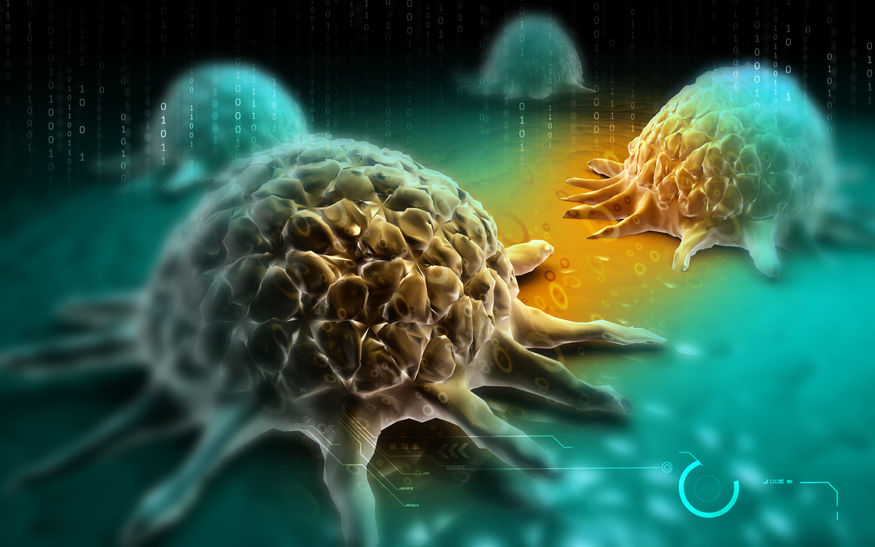 Cancer is one of the most common chronic diseases in the United States and its prevalence is growing. It’s estimated that 1 in 2 men and women will be diagnosed with cancer during their lifetime,1 and in 2010 alone more than 1.5 million new cases were diagnosed.2

With numbers like these, you may feel cancer is just a fact of life and you’re relatively helpless to influence your risk. While there are certainly risk factors you can’t control, like family history or ethnic background, you should know that there are just as many — if not more — that you can … and one of the most potent is your diet.

“Scientific evidence suggests that about one-third of the 569,490 cancer deaths expected to occur in 2010 will be related to overweight or obesity, physical inactivity, and poor nutrition and thus could also be prevented.”3

Virtually all fruits and veggies are a great choice for a cancer-preventive diet, but there are certain foods that are veritable all-stars when it comes to keeping cancer away. If you want to give your family’s diet some extra cancer-fighting punch, try to incorporate some of the following all-star foods into your meals.

1. Tomatoes
Tomatoes are a rich source of lycopene, an antioxidant carotenoid that gives them their red color. Lycopene is a powerhouse antioxidant that has been found to protect cells and DNA from damage, while also suppressing tumor growth. One of the reasons for abnormal growth of cells, which can lead to cancerous tumors, is poor communication between cells; it’s thought that lycopene may stimulate cell-to-cell communication and thereby suppress tumor growth.4

A few tips: Cooked tomatoes, such as those in pasta sauce, tomato juice, ketchup, etc., contain higher concentrations of lycopene than raw tomatoes, so you may get more of this beneficial compound by eating your tomatoes cooked. You’ll also want to eat your tomatoes with some olive oil or other fat, as lycopene is a fat-soluble nutrient that requires fat in order to be properly absorbed by your body.

2. Raspberries
Raspberries are an excellent source of ellagic acid, a phytochemical that has shown potent anti-cancer effects. To date, research has shown ellagic acid may help fight cancer by:5

Along with raspberries, ellagic acid can also be found in strawberries, cranberries, walnuts, pecans and pomegranates.

3. Broccoli Sprouts
You may have heard that cruciferous vegetables like broccoli are great for helping to fight cancer. This is true, but you can take it one step further by eating broccoli in its immature, or sprout, form.

Broccoli sprouts contain glucoraphanin, a precursor to sulforaphane — a compound known to help your body eliminate cancer-causing compounds and fight free radicals, which can damage DNA, kill cells and potentially lead to cancer.

Sprouts are a particularly concentrated source of nutrients, and gram for gram they contain more potentially cancer-fighting compounds than mature broccoli. One study even found that eating slightly more than 100 grams of broccoli, radish, alfalfa and clover sprouts a day for 14 days was enough to provide a protective effect.6

If you’re new to sprouts, try adding them to salads and sandwiches for a tasty and ultra-healthy treat.

4. Cruciferous Veggies
As mentioned above, cruciferous vegetables like broccoli, cauliflower, Brussels sprouts, kale, cabbage, and bok choy are also widely known for their cancer-fighting capabilities. Studies have linked the consumption of cruciferous veggies with a reduced risk of colon, lung, bladder, breast, prostate and other cancers.

The beneficial effects come, in part, from indole-3-carbinol and isothiocyanates. These glucosinolates are formed when the vegetables are chopped or chewed, and studies show they offer a protective effect against cancer.7

Indole-3-carbinol may help deactivate an estrogen metabolite that promotes tumor growth, especially in breast cells, while increasing the level of a form of estrogen that may protect against cancer. This compound may also help stop the movement of cancer cells to other parts of your body.

Further, a study funded by the National Cancer Institute found that eating 1 to 2 cups of cruciferous vegetables a day resulted in a 22 percent drop in oxidative stress, which has been linked to a range of diseases including cancer, diabetes, Alzheimer’s disease and rheumatoid arthritis.8

5. Garlic
The sulfur-containing compounds that give garlic its pungent odor are also responsible for its role as a cancer-fighting food. The National Cancer Institute “recognizes garlic as one of several vegetables with potential anticancer properties,” noting that garlic may help support good health by:9

Population studies have shown that increased intake of garlic may help reduce the risk of several types of cancer, including stomach, colon, esophagus, pancreas, and breast.

To get the most benefits, garlic should be eaten in fresh form and chopped or crushed first (this converts the beneficial phytonutrient alliin into allicin, its active form). For general health, the World Health Organization (WHO) also recommends adults get “a daily dose of 2 to 5 g of fresh garlic (approximately one clove), 0.4 to 1.2 g of dried garlic powder, 2 to 5 mg of garlic oil, 300 to 1,000 mg of garlic extract, or other formulations that are equal to 2 to 5 mg of allicin.”10

Remember that for the best cancer-preventive benefits, your diet should include a wide range of fruits and veggies — from oranges and apples to artichokes and pea pods. The more natural variety your meals offer, the more nutrients — and the greater cancer protection — you and your family will receive.