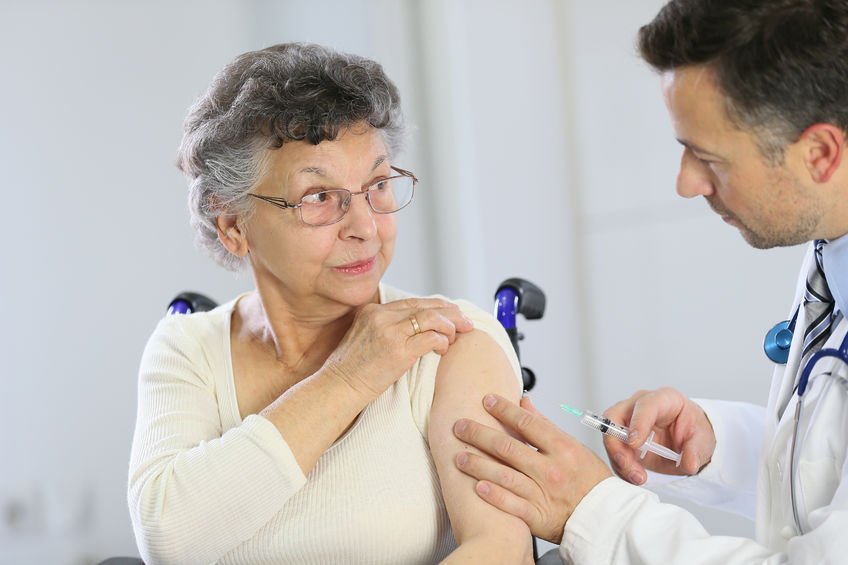 Mayo Clinic researchers have successfully used virotherapy, in which an intravenous injection of virus is used to kill cancer cells, to send one woman’s advanced blood cancer into remission.

Studies have shown that giving a virus intravenously works to destroy metastatic cancer in mice, but this is the first time it’s been proven to work in people. The process is effective because viruses may bind to cancer cells as a way to replicate, which destroys the cancer cells in the process. Your body’s immune system will then attack and destroy anything that’s left, since it’s marked as viral material.

For the study, a two-patient clinical trial, researchers used a mega-dose of measles vaccine (containing 100 billion infectious units, enough to inoculate 10 million people), which was injected intravenously. After just one dose, one of the patients’ cancer went into complete remission.

While she experienced side effects including severe headache, high fever, shaking and vomiting during the virus infusion, within 36 hours her tumors began shrinking. Over the next several weeks and months, all of the tumors in her body disappeared, and she has been clear of the disease for six months. The other patient also responded favorably, with a reduction of both bone marrow cancer and myeloma protein, although did not have a complete remission.

There are some drawbacks to the treatment, including the fact that virotherapy only works once. It can’t be used a second time because once your body’s immune system has been exposed to the virus, it will begin attacking it before it has a chance to take over cancer cells. According to a news release from the Mayo Clinic:

“Oncolytic virotherapy – using re-engineered viruses to fight cancer – has a history dating back to the 1950s. Thousands of cancer patients have been treated with oncolytic viruses from many different virus families (herpesviruses, poxviruses, common cold viruses, etc.). However, this study provides the first well-documented case of a patient with disseminated cancer having a complete remission at all disease sites after virus administration.

The second patient in the paper, whose cancer did not respond as well to the virus treatment, was equally remarkable because her imaging studies provided a clear proof that the intravenously administered virus specifically targeted the sites of tumor growth.

… the researchers explain they were reporting on these two patients because they were the first two studied at the highest possible dose, had limited previous exposure to measles, and therefore fewer antibodies to the virus, and essentially had no remaining treatment options.”

A larger phase 2 clinical trial has been planned, with trials expected to begin by September. If all goes well, virotherapy may soon be one of the go-to cancer treatments of the future, along with other newer cancer strategies like immunotherapy.