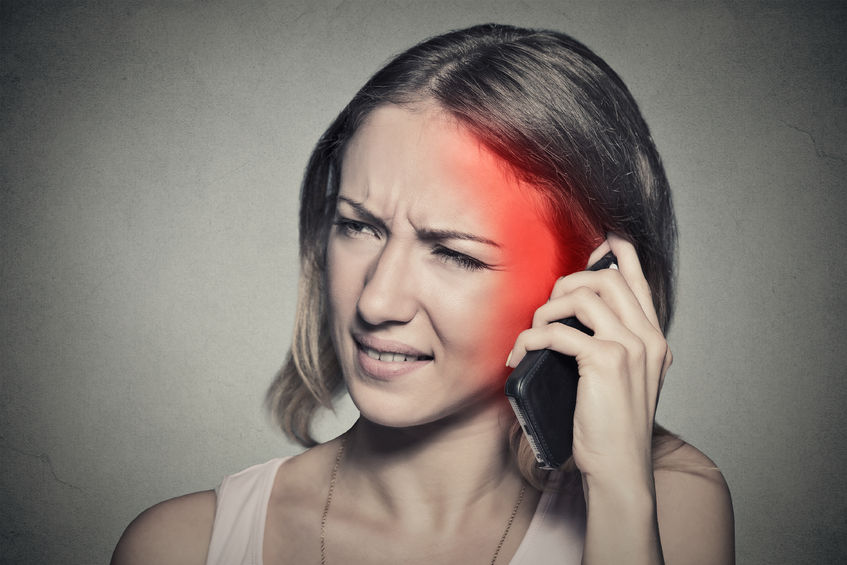 You can’t see electromagnetic fields (EMFs) and, for the most part, can’t feel them either, but if you use a cell phone, a cordless phone, or wireless Internet they are most certainly around you. EMFs are generated from all types of electronic devices, including household appliances, computers, and power lines. Cell phones and other wireless devices also emit radiofrequency (RF) energy, which is a form of non-ionizing electromagnetic radiation.

With the dramatic rise of cell phone use in the last two decades — there are now more than 303 million cell phone subscribers in the United States, according to the Cellular Telecommunications and Internet Association, as well as an estimated 5 billion users worldwide1 — concern has risen over their safety, or potential lack thereof.

Do Cell Phones Cause Cancer?

One of the biggest safety questions surrounding cell phone use is their potential to cause cancer, particularly in the brain and tissues near where the cell phone is held. There is much controversy on this issue, and, unfortunately, the largest study to date on this topic, known as the Interphone study, only contributed to the debate.

The Interphone study found no increased risk of brain tumor with mobile phone use of more than 10 years, but a collaboration of activists released a report, endorsed by more than 40 scientists, that stated the study was seriously flawed. The paper, Cellphones and Brain Tumors: 15 Reasons for Concern, Science, Spin and the Truth Behind Interphone,2 states:

“The design flaws include categorizing subjects who used portable phones (which emit the same microwave radiation as cellphones,) as ‘unexposed’; exclusion of many types of brain tumors; exclusion of people who had died, or were too ill to be interviewed, as a consequence of their brain tumor; and exclusion of children and young adults, who are more vulnerable.”

Further, the Interphone study did, in fact, find an increased risk of a type of brain tumor called a glioma among “heavy” users after 10 years of cell phone use. At the time of the study, the definition of “heavy” was two hours a month … which is far less than what most people use their cell phone for today.

Part of the controversy over existing cell phone/cancer research is that cancer takes time to develop … but cell phones are still a relatively new phenomenon. As the World Health Organization (WHO) states:3

“ … because many cancers are not detectable until many years after the interactions that led to the tumour, and since mobile phones were not widely used until the early 1990s, epidemiological studies at present can only assess those cancers that become evident within shorter time periods.”

Nonetheless, WHO announced in June 2011 that “mobile phones are classified by the International Agency for Research on Cancer as possibly carcinogenic to humans” and a formal risk assessment is ongoing. Other studies, too, have highlighted what appears to be cause for caution with cell phone use:

Are There Other Health Risks of EMFs?

As stated in a recent report from the Council of Europe Parliamentary Assembly:6

“While electrical and electromagnetic fields in certain frequency bands have fully beneficial effects which are applied in medicine, other non-ionising frequencies, be they sourced from extremely low frequencies, power lines or certain high frequency waves used in the fields of radar, telecommunications and mobile telephony, appear to have more or less potentially harmful, non-thermal, biological effects on plants, insects and animals, as well as the human body when exposed to levels that are below the official threshold values.”

The committee actually felt the evidence of harm was strong enough to recommend banning all mobile phones, DECT cordless phones and WiFi from classrooms and schools to protect children.

In fact, a range of symptoms have been reported after exposure to EMFs of all kinds, including headaches, nausea, depression, skin rashes and more, among people who say they are “electrosensitive.” Although not recognized by the medical community, people who are electrically sensitive say that exposure to the onslaught of EMFs in the modern world makes them sick.

It does appear that the true impacts of EMFs on human health are still emerging. For example, a new study found that babies born to women exposed to stronger EMFs from household appliances during pregnancy had three times the risk of asthma as babies whose mothers were only exposed to weak EMFs.7

The Council of Europe is not the only organization taking a proactive stance against cell phones and other sources of EMFs. Other countries, including Canada, Germany and France, have also taken strong precautionary approaches to cell phone use. In France, for instance, the government called for mobile phones to be banned from primary schools and said manufacturers must supply phones that work only for text messaging or with a headset to reduce EMF exposure.8

In Canada, Toronto’s Department of Public Health has advised children under 8 years to use a cell phone only in emergencies, and teenagers to limit their calls to less than 10 minutes.

In the United States, however, government agencies have stopped short of such warnings, even though they do offer tips to reduce your radiofrequency exposure. As the Federal Communications Commission (FCC) states:9

How to Help Reduce Your Exposure to EMFs from Cell Phones

Most of you reading this are probably not ready to give up your cell phone, but you may be interested in taking precautions to reduce any potential risk. Fortunately, there are several simple strategies you can take to do this:

Finally, you may have heard about cell phones and SAR (specific absorption rate) value, which refers to the rate at which radiofrequency radiation is absorbed by tissues. A phone’s SAR value gives an indication of the maximum potential RF energy exposure from that model, however one value does not accurately gauge the average exposure during typical use, as this changes depending on usage conditions. Further, SAR value only measures the “thermal” effects of the phone, not the non-thermal effects that may also impact health.