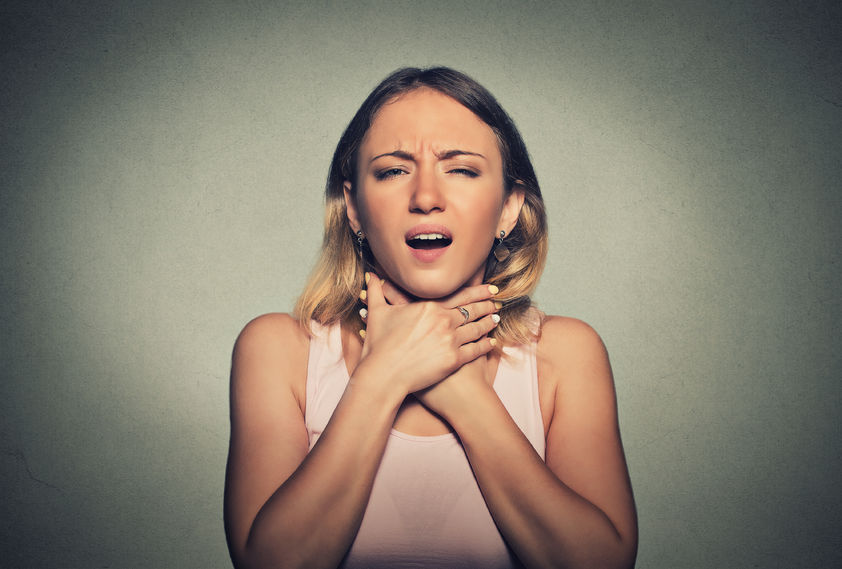 The classic symptoms of asthma are coughing, wheezing and shortness of breath. Yet, these are also primary symptoms of COPD (chronic obstructive pulmonary disease).

According to research presented at the American College of Allergy, Asthma and Immunology (ACAAI) Annual Scientific Meeting, up to 50 percent of older adults with obstructive airway disease have characteristics of both conditions. In fact, if physicians look at symptoms alone it can be difficult to determine whether a person is suffering from COPD or asthma. Side-by-side, the symptoms look nearly identical:

The causes of each disorder are quite different, however, as are the treatments. Asthma is thought to be caused by a combination of environmental and genetic factors, and it’s often triggered or made worse by exposure to air pollutants and allergens, exercise, respiratory infections or even cold air.

In people with asthma, triggers cause your airways to narrow, swell and produce extra mucus, which can lead to shortness of breath, coughing and wheezing. These symptoms may be mild or can occur in the form of a life-threatening asthma attack.

COPD, on the other hand, is most often caused by smoking cigarettes, although cigar smoke, secondhand smoke, air pollution and other toxins may also contribute. COPD is a group of lung diseases that includes emphysema, chronic bronchitis and other conditions that involve lung damage and blocked airflow, making breathing difficult.

Both conditions may respond to bronchodilators, which are drugs that help relax muscles in the lungs so air may flow more freely. However, they shouldn’t be given alone to people with asthma. Since asthma involves airway inflammation, it’s often treated with anti-inflammatory corticosteroids as well, but COPD does not typically respond to these drugs.

What can you do? Be sure to explain all of your symptoms and lifestyle habits to your health care providers for the most accurate diagnosis. As explained by allergist William Busse, MD, ACAAI fellow and presenter:

“Based on symptoms alone, it can be difficult to diagnose COPD vs. asthma. The pathway to a diagnosis of COPD or asthma – smoking vs. a long-term persistence of asthma – can be quite different …

In every patient, but in older patients in particular, we need to take a thorough history and perform a physical examination, as well as measurements of lung functions. In patients with COPD and asthma, the changes in lung function may be severe, and it is not often readily apparent, which is the predominant, underlying condition – asthma or COPD. Treatment will differ depending on diagnosis.”