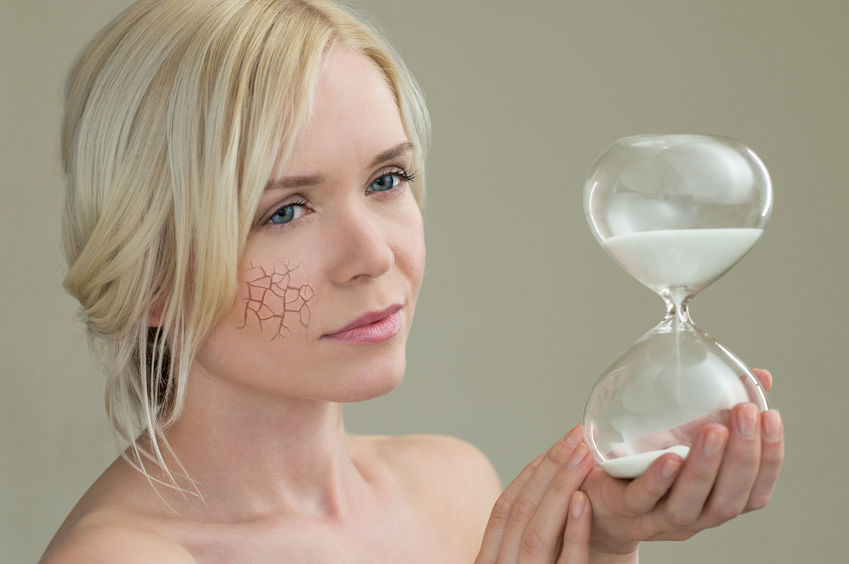 The idea of growing older is a terrifying thought for many women. Once you “get old” there’s a false notion that you’ll morph into a sagging, wrinkly and perhaps slightly confused and depressed version of your former self. Billions are spent annually on cosmetics and surgeries that promise to turn back the hands of time, but to what avail?

You can’t prevent getting older. And why would you want to when women over 40 today are living longer and more fulfilling lives than ever before.

What you can do is embrace whatever stage of life you may be in — from your 30s and 40s to your 70s and 80s — and live your life to the fullest at every moment. Cliché as it may sound, growing old gracefully is not such a bad thing — and getting older doesn’t have to be either.

Is Aging a Good Thing?

Case in point, Susan Nolen-Hoeksema, a professor of psychology at Yale University and the author of The Power of Women, wrote a novel article for Psychology Today titled “Could Aging be Good for Women?”1 In it she explains that in many ways women’s lives become better, more fulfilling and more satisfying as they age. She notes that as women get older:

Nolen-Hoeksema also reported research by psychologist Abigail Stewart of the University of Michigan who found that as women “grew older, they were more certain of their identity … felt more productive and generative … and were more confident in their power. These women talked about having “come into their own,” reaching a level of maturity, confidence, and competence that was not just satisfying but exhilarating.”

Unfortunately, there are many myths swirling around cyberspace – and in real life – that may be adding to your unease about getting older. We’d like to clear some of these up for you now so that you can enjoy your life and stay healthy at every stage.

Busted! Top Health and Aging Myths That Every Woman Should Know

1. It’s Too Late to Start Exercising

If you’re approaching middle age, or passed it, and have never been a regular exerciser, don’t despair. You can — and should — start exercising at any age. It’s never too late, and the benefits are remarkable.

One study found that older people who began light or moderate physical activity reduced their risk of death by about 45 percent and reduced their risk of heart attacks as well.2 This was true in both people with and without diagnosed heart disease. A separate study also showed that exercise initiated late in life had a beneficial effect on lipid oxidation and motor function.3

No matter what your age or previous activity level, getting moving on a regular exercise program is one of the best things you can do for your physical and emotional health.

2. Menopause is a Disease

Most women experience menopause sometime between the ages of 45 and 55. This life stage often carries uncomfortable symptoms ranging from hot flashes and insomnia to mood swings and night sweats, but it is not a disease that needs to be treated medically.

Menopause actually refers to the absence of a period for 12 months. The journey leading up to that day is called “perimenopause,” and it’s a perfectly natural part of life. If symptoms are uncomfortable, know that lifestyle changes have been shown to lessen the severity of menopausal symptoms. So eating well, exercising, getting enough sleep and keeping stress to a minimum should be your new mantra.

Many women do have a harder time staving off weight gain once they reach age 35. The tendency to put on weight typically increases from this point onward through about age 55. Generally, the average woman will gain a pound a year during perimenopause and menopause.

This is due to a number of factors, including a slower metabolism, loss of muscle (which burns more calories than fat), hormonal fluctuations, lack of exercise and pregnancy weight that is never fully lost.

The good news is that weight gain is NOT an inevitable part of getting older — if you’re willing to work at it. Exercising and eating right can and do keep you slim at any age. Even walking throughout adulthood has been found to attenuate the long-term weight gain that occurs in most adults.4

4. There is Nothing I Can do to Prevent Breast Cancer

Aside from skin cancer, breast cancer is the most commonly diagnosed cancer among U.S. women.5 But that doesn’t mean you are powerless against it. There are actually numerous strategies that can help lower your risk, including:

Your level of sexual desire is not dependent on your age. Instead, your relationship status, physical health and emotional state are far greater predictors. Many women have great sex lives well into their “golden years.” According to Dr. Rob Danoff, D.O., M.S. of MSN Health & Fitness:7

“ … one of the best predictors of a women’s post-menopausal sexual interest is her activity and sexual satisfaction prior to reaching menopause.”

“Sexual activity is not just based on hormonal levels. Case in point: Despite having high levels of sexual hormones a woman may have zero sexual interest because she is with a partner she doesn’t respect, feel close to, or find attractive. That said, a woman’s lifestyle, emotional and physical health, as well as the availability of a desirable (and healthy) partner may play an even larger role in her sexual activity than does her declining levels of estrogen, progesterone and testosterone.”

Chest pain is often regarded as the “classic” sign of a heart attack, but many women (70 percent or more) never experience chest pain before a heart attack.

Research by the National Institutes of Health revealed that not only did fewer than 30 percent of women have chest pain prior to a heart attack (and 43 percent had no chest pain during the attack), but 95 percent experienced unusual symptoms a month or more before the attack occurred.9 The most commonly reported symptoms were:

During the heart attack, chest pain was still not a major symptom reported. Instead, most women experienced:

If you notice any of these symptoms it’s important to get medical help immediately. It’s very possible to have a heart attack and experience no chest pain whatsoever.

Remember, too, to fully embrace the power of a good attitude and a positive focus. It’s well known that your mind can influence both good health and disease, so the more you concentrate on the bright side, the better.