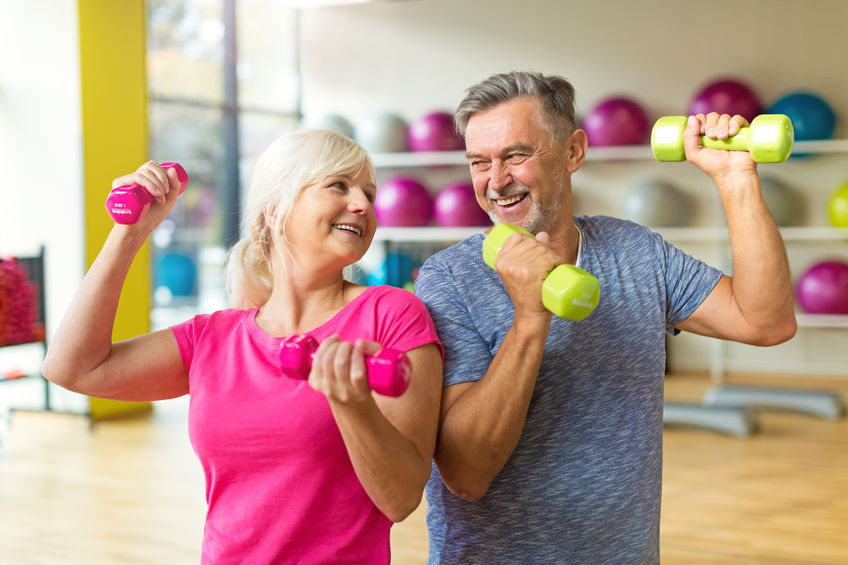 Discussing the topic of exercise, especially around those in the Baby Boomer generation, can be dicey. Most seniors understand how valuable exercise can be in improving the quality of their lives as well as lengthening them. Unfortunately, reality paints a very different and harsher picture of Baby Boomer health during their golden years.

Take, for example, retirees who worked tirelessly for decades just to have the opportunity to hit a golf ball – barring wind, rain and snow – every day. A 2006 survey of amateur golfers found some two-thirds of the mostly male respondents were overweight, but only 54 percent of them admitted it. What’s more, almost a third of the golfers polled couldn’t finish 18 holes due to an existing ailment.

Golf, like tennis, softball or bowling, need not be a grueling endurance test for Baby Boomers. (More about improving your golf game later.) But, you’d better start fast! Evidence is mounting, healthy habits of fifty-somethings — or lack thereof — reliably predict how they will feel heading toward age 80.

The good news: the fate of your health and golf game is literally in your hands, if you’re willing to make the necessary lifestyle changes. So, how do you stay away from becoming a member of the 50 percent club who starts an exercise program only to give it up in a year?

The key to succeeding is all in the preparation. What follows are some simple, common sense tips that will make this transition to a healthier you a much smoother one.

1. Quit making excuses about being too busy, bored, hurt or inexperienced to make time for exercise.

2. Schedule an appointment with your doctor to get moving in the right direction. Although still rare, the number of physicians prescribing exercise to extend life and fight disease in America is growing. And it’s effective, according to a recent study of some 4,300 sedentary patients in Spain. Among the 2,200 Spanish patients who received prescriptions for exercise, more of them reported increased physical activity than those who didn’t receive one. One caveat: experts believe a customized, personalized exercise regimen prescribed by a doctor does far more good than general advice alone.

3. You get a better outcome if you pay attention to how this lifestyle change makes you feel, than if you concentrate solely on your appearance. This was shown in a study of group fitness by the Department of Exercise and Sport Science at East Carolina University.

4. Don’t try to make up for years of inactivity in one session. Listen to your body and don’t overdo it on the first day.

5. Don’t short-change this important investment by going cheap. Invest in the proper equipment, starting with good shoes; take lessons or get a trainer.

6. Walking is an effective and inexpensive way to start an exercise program.

7. Better eating habits are just as vital to improving your overall health as getting the right amount of exercise. Depending on diet alone over exercise may cause your body to lose valuable muscle mass as well as fat. Portion control is key.

8. Getting the right amount of sleep is also critical. There are risks associated with getting too much or too little, according to a number of studies released at this year’s meeting of the Associated Professional Sleep Societies. Collectively, the studies support existing evidence that those who regularly get fewer than five hours of sleep, or more than nine, may be putting themselves at risk for a host of ills including diabetes, obesity, and premature death.

9. Consider joining your fellow Baby Boomers at the gym. Since 1990, health club memberships among the 55-and-over set have multiplied by a factor of five, according to the International Health, Racquet and Sportsclub Association.

10. Make fun an important part of any exercise plan you prepare, whether it means working out with a friend, listening to your favorite music or that next book with a MP3 player or mixing up your routine by indulging in a sport you used to play, like golf.

For all of you golfers interested in improving your game, veteran trainer Sean Cochran, who has worked with PGA Tournament champs Phil Mickelson and Peter Jacobsen, believes a pre-round warm-up regimen will do the trick. See links below for more info.

Before you schedule that next tee-time, however, you’ll also want to check out a series of detailed exercise tips prepared by the American Academy of Orthopaedic Surgeons just for Baby Boomers, appropriately titled Save Your Knees.

How to Buy the Best Walking Shoes for Exercise

Save Your Knees: Starting an Exercise Program