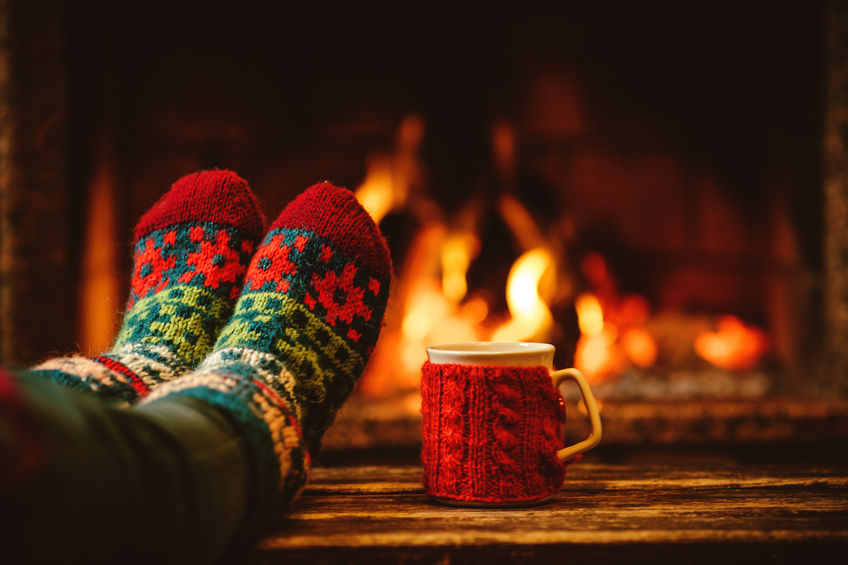 Old wives’ tales surrounding the winter months are more plentiful than perhaps for any other season. As soon as the weather gets chilly, it seems there’s danger lurking around every corner … but is winter really such a daunting threat to your well-being?

As it turns out, many of the winter health risks you’ve probably grown up avoiding are not actually risks at all. Here we set the record straight about when to worry – and when not to — in the winter.

You probably steer clear of these beautiful Christmas plants if you have pets or young kids, as everyone knows they’re poisonous … or are they?

Animal studies have failed to find any toxic amount of poinsettia consumption, even when consumed at amounts equivalent to 500-600 poinsettia leaves or close to 1 kilogram of sap. In humans, an analysis of poinsettia exposures reported to the American Association of Poison Control Centers found no related deaths, and in 96 percent of cases no medical treatment was required.1 The study authors concluded:2

“Most patients do not require any type of therapy and can be treated without referral to a health care facility.”

Do you watch like a hawk to make sure your little ones don’t eat too many sweets during the holidays, lest they turn into sugar-hyped monsters? While there are lots of health reasons to limit your kids’ sugar consumption, hyperactivity does not appear to be one of them.

A report in BMJ looked at more than a dozen double-blind, randomized controlled trials (the “gold-standard” of medical research), and none of them could find differences in behavior among children who ate sugar versus those who did not.3 This was true even among kids considered “sensitive” to sugar. Interestingly, if a parent knew their child had eaten sugar, they would rate their behavior as more hyperactive, which suggests it may be the parents who think their kids are acting out due to candy and sweets – when they’re actually not.

Myth #3: Wearing a Hat is the Key to Staying Warm

Interestingly, this myth is said to have originated form a military study that measured heat loss among people in arctic survival suits in very cold temperatures. They lost the most heat through their heads … but that was because the survival suits didn’t contain a hat, so it was the only4

Myth #4: Suicides are Greater During the Holidays

The holiday season can certainly make feelings of loneliness and grief worse, and many assume this means suicide risks rise in the winter months as well.

In reality, suicide rates tend to be lowest in winter, while peaking in warmer months. And research even shows that psychiatric visits decrease before Christmas and increase again after, suggesting people may have better social support around the holidays than at other times of the year, which is beneficial for mental health and well-being.5 So while suicides certainly do occur from November through January (and after when people experience the “post-holiday let-down”) … this is not actually a time of particularly increased risk like many believe.

Myth #5: Your Fireplace Will Keep You Warm

Planning to cozy up in front of your fire to stay warm this winter? You’d better plan on sitting pretty close to the hearth … as in, within a couple of feet. The warmth from an open-hearth fireplace rapidly dissipates when you get farther away than this, and can actually create a vacuum that sucks warm air out of the rest of the house – making your home colder than it was before.

If you can’t imagine winter without a fire blazing in your fireplace, think about installing glass doors and keeping them closed; this will help to reduce the vacuum effect.

Turkey contains tryptophan, an amino acid that is essential for the production of serotonin, which in turn gets converted, in part, into melatonin, which promotes sleepiness. This is true.

However, turkey does not contain exceptionally high levels of tryptophan. It contains only slightly more than chicken and less than pork chops … so if you don’t fall asleep after eating those, it should be no different when you eat turkey.

So what makes people so sleepy after their holiday turkey-filled feasts? There’s probably a lot reasons: lots of wine flowing, getting up early to cook and entertain guests, elevated stress hormones that wear off once dinner is over … not to mention there’s surely no shortage of carbs and sugar – mashed potatoes, stuffing, biscuits, apple and pumpkin pies – to give you that quick energy rush, followed by an inevitable crash.

Myth #7: Allergies Go Away in the Winter

If you suffer from hay fever or an allergy to pollen, you may get some relief when winter hits. But for millions of others, winter represents the worst allergy season of the year. For starters, you’re inside a lot more, which means exposure to indoor allergens like mold, dust mites, pets and perfumes is at its peak.

One of the biggest winter allergy culprits is actually the Christmas tree itself. If it’s a live one, it can harbor mold and other allergens in abundance. Even holiday decorations you bring up from the basement can trigger allergy symptoms, as they’re a common source of dust mites and mold. In fact, many believe they’re suffering from symptoms of a cold or flu when in fact they’re struggling with winter allergies.

Myth #8: OTC Medications are Best to Soothe Your Child’s Cough

Most over-the-counter (OTC) cough and cold remedies should not be used in children younger than 2, and their safety is still being reviewed for children 2 through 11 years of age due to reported side effects. This leaves many parents wondering what to do when their child wakes up coughing in the middle of the night.

It turns out that honey may be one of the best options out there, and it’s one you probably already have on hand. In one study, 10 grams of honey given to a child 30 minutes before bedtime improved cough frequency, cough severity and both parent and child’s sleep compared to placebo.

Honey has even been found to work better than dextromethorphan (DM), a cough suppressant found in many OTC medications, at soothing coughs in kids.6

Honey is a simple, natural cough remedy that really does work! (As a reminder, children under the age of 1 should not eat honey as it can cause infant botulism.)