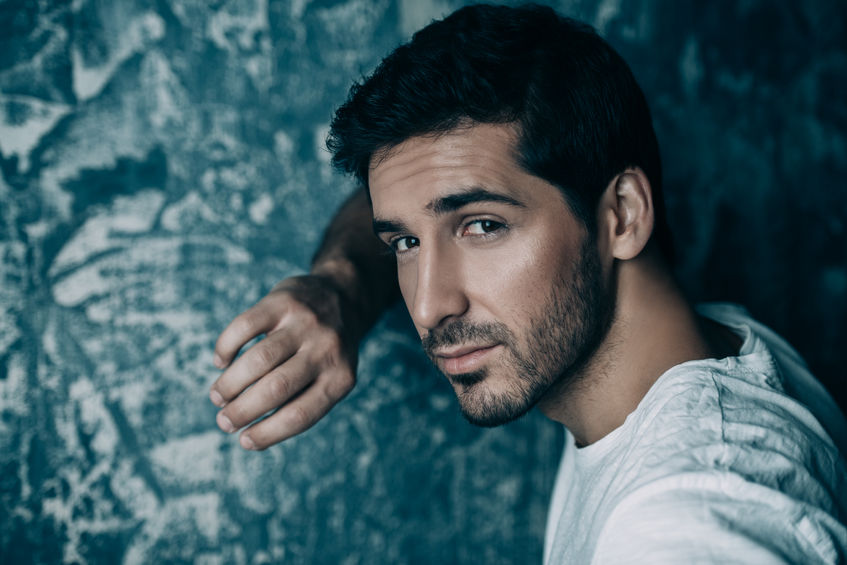 Men are notorious for avoiding the doctor, and this isn’t just an old wives’ tale. An American Academy of Family Physicians survey revealed that 30 percent of men wait as long as possible before seeking medical care, while 36 percent will only go if they are “extremely sick.”1

Nearly a quarter of men believed themselves to be healthy, and therefore felt they had no reason to visit a doctor, but it’s suggested that a lack of preventive care could explain why men tend to die about five years sooner, on average, than women, who are more likely to seek regular preventive health care.

Occasional erection trouble is completely normal, however persistent erectile dysfunction can be a sign of a deeper problem. Both physical and psychological issues can lead to erectile problems, either on their own or in combination. This includes:

Men are about twice as likely to suffer from athlete’s foot than women, and as the most prevalent fungal infection in the United States, it’s very common. Caused by easily spread fungi called dermatophytes, athlete’s foot thrives in moist, enclosed environments, like the area between your toes when you wear tight shoes and sweaty socks. The fungi is highly contagious, so it’s easily picked up on locker room floors, near swimming pools or by sharing contaminated towels.

You’ll probably know you have athlete’s foot because it causes intense itching, stinging or burning on your feet. It can even lead to blisters, cracked skin and discolored or crumbly toenails.

Athlete’s foot can usually be treated using over-the-counter anti-fungal creams. Natural varieties using herbal remedies are available and often effective. In severe cases, a prescription may be prescribed. As for prevention, give your feet some room to breathe, as keeping your feet dry and exposed to air is one of the best defenses against this itchy problem. Bathing daily, especially after sweating excessively, can help prevent it, too, and wearing sandals when walking in public spaces like fitness centers, saunas, showers or the like will also help.

If you feel pain in your groin when you cough, bend or lift a heavy object, you could have an inguinal hernia, which occurs when part of your intestine bulges through a tear or weak spot in your abdominal wall. A bulge near your pubic bone, as well as burning, aching or a heavy sensation in your groin may also be felt, although some men feel no symptoms at all. According to the Mayo Clinic:2

Most hernias become worse over time, not better, and serious complications, including strangulation, a life-threatening condition in which blood flow to the intestine gets cut off, can result. Surgery is usually needed to correct the hernia, particularly if it’s large or painful. Although sometimes hernias cannot be prevented, you can help lower your risk by maintaining a healthy weight, eating lots of fresh vegetables (for the fiber, as straining during a bowel movement can cause a hernia), not smoking, and using caution when you lift heavy objects.

More common in men than in women, kidney stones form when minerals in your urine crystalize and form into “stones.” They can cause severe pain in your abdomen, groin and back, along with pain when you urinate. Dehydration is one of the most common causes of kidney stones, so being sure to drink plenty of water throughout the day (so your urine stays a very light yellow color) can reduce your risk.

Maintaining a healthy body weight and avoiding too much sugar, sodium and protein in your diet may also reduce your risk. Once a stone has formed, in most cases it will pass on its own. You should drink a lot of water, up to 2-3 quarts a day to help flush the stone out of your system.

Benign prostatic hyperplasia (BPH) and prostatic hypertrophy, more commonly known as enlarged prostate, can interfere with your ability to empty your bladder, and can also lead to urinary tract and kidney problems. In many men, the prostate continues to grow throughout life, which is why about one in four men begin to experience symptoms of enlarged prostate by age 55 (and this rises to about half by age 75).3 Problems with urination (difficulty starting, weak stream, dribbling at the end, straining, or frequent need to urinate) are some of the most common signs of a prostate problem.

Sometimes medications or surgery are recommended for enlarged prostate, but some symptoms can often be controlled by lifestyle changes, such as limiting beverages in the evening (to avoid nighttime bathroom trips), limiting caffeine and alcohol (which increase urination), and using the bathroom right away when you need to go (to prevent overstretching your bladder). Regular exercise, stress reduction, and Kegel exercises (to strengthen your pelvic muscles) may also help.

Sleep apnea, which occurs when your breathing repeatedly stops during sleep, is about twice as common in men than in women. If you snore loudly, or you feel tired often even after sleeping a full night, you could be suffering from this condition, which in most cases occurs when muscles in the back of your throat relax and close off your airway momentarily. While your sleep will be interrupted often if you have sleep apnea, you might not be aware of it. However, it’s important to seek medical help if you suspect you may have this condition, as it can lead to heart problems, high blood pressure and stroke.

There are numerous medical treatments for sleep apnea, but the following lifestyle changes may also help:

It’s a good idea to make your health a priority and take a proactive attitude about preventing disease before it starts – and this is true for both men and women. If you feel healthy now, great! Keep it up by following the three tenets of disease prevention – eating healthy, exercising and keeping stress to a minimum – and see your doctor on occasion too, especially to take advantage of recommended health screenings that can catch problems early on while they’re still easily treatable.